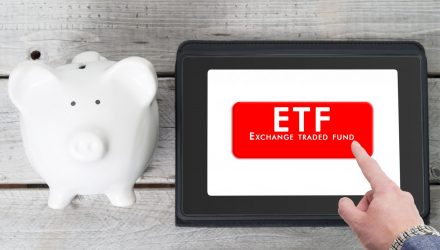 It Takes an ETF to Know an ETF: ‘TETF’ Invests in ETF Industry

It takes an ETF to know an ETF and Toroso Investments’ ETF Industry Exposure & Financial Services ETF (NYSEArca: TETF) provides investors with broad-based exposure to investments that directly benefit the exchange-traded fund space. With over 2,000 ETFs in the United States alone in a bevy of assets, sectors and strategies, the industry is ready to continue capitalizing on this exponential growth, which is where TETF comes into place.

The catalyst for TETF began almost a decade ago when the stranglehold of the 2008 financial crisis gripped the capital markets, resulting in the fall of financial fortresses like Lehman Brothers, which filed for bankruptcy. With everyone in a selling frenzy, investors were hesitant to cast their capital into a sea of red stock prices as the crisis began to unfold.

However, rising from the ashes of the 2008 financial crisis was an investment vehicle that could help reinvigorate the markets, as well as help re-instill the confidence lost by investors who wanted more transparency and liquidity. It was the early beginnings of the ETF and with help from an economic recovery that has morphed into the longest bull market recorded, the industry itself now boasts assets worth $5 trillion globally–a number that could balloon to $7.6 trillion by the end of 2020.

“When investors returned to markets after the 2008 crisis, they were more fee conscious, they wanted more transparency and required more liquidity,” said Mike Venuto, co-founder of TETF. “We call these aspects of ETFs, client alignment growth factors. Post 2008 was the first time ETFs saw more flows than mutual funds, a phenomenon that has perpetuated after every downturn in the last 10 years. Currently, mutual funds still have over 81% of registered fund assets vs ETFs at 19%.”

As the current bull market extends itself into the latter innings of the late market cycle, Venuto prognosticates that ETFs will still have a viable impact when the next market correction takes place.

Related: In the Know – Stay up to date on ETF This Quarter

An ETF for ETFs

Launched in 2017, TETF seeks to provide investment results that track the total return performance of the Toroso ETF Industry Index, which is designed to measure the performance of an investable universe of publicly-traded companies that directly or indirectly provide services or support to ETFs. These services include include the management, servicing, trading or sale of ETFs as determined by Toroso Investments.