You are at:Home»Featured»Tesla Stock Drops 3% Amidst Musk Tweet Quarrel 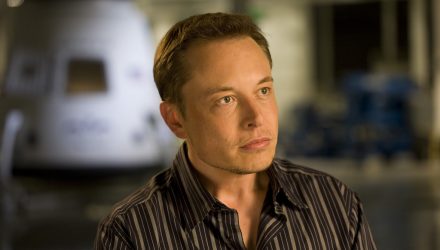 Tesla’s (TSLA) stock has dropped over 3% on Monday after Seplunker Vernon Unsworth, a British diver involved in the Thai cave rescue mission, said he is considering legal action against Elon Musk over his latest Twitter statements in which he labeled Unsworth as a “pedo guy.”

In an interview with CNN, Unsworth bashed Musk for his attempt to create a miniature submarine, made out of SpaceX rocket parts, that could be used in assisting the rescue mission to save 12 young soccer players and their coach from a flooded cave in Chiang Rai, Thailand. Unsworth stated that the submarine “had absolutely no chance of working. [Musk] had no conception of what the cave passage was like… he can stick his submarine where it hurts.” Unsworth concluded by stating that Musk’s efforts were “just a PR stunt.”

Those comments triggered a series of heated responses over Twitter from the Tesla CEO. In the tweets, which are now deleted, Musk said that he would release video footage of the mini submarine weaving and sailing through one of the Thai cave passages, and added, “Sorry pedo guy, you really did ask for it.”

Unsworth, who is “astonished and very angry,” is now considering taking legal action against Musk over his Twitter claims. The British diver told The Guardian, “I believe he’s called me a pedophile… I think people realize what sort of guy [Musk] is.” News of Unsworth’s possible retaliation has Tesla stocks down over 3% on Monday, with investors’ experiencing growing concerns regarding how vocal Musk tends to be over Twitter.