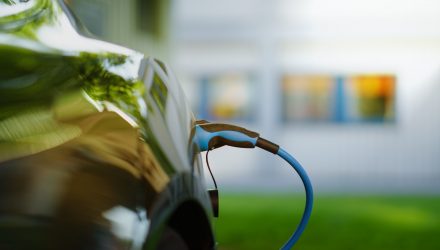 Tesla rocketed higher after its better-than-expected earnings report, soaring 11.3% higher, and trading near $645 per share, during afternoon action. Tesla stock hit an intraday high of $650.88.

The American automotive and energy company based in Palo Alto, California reached a $100 billion market cap for the first time at the commencement of trading last week, readying CEO Elon Musk up for a massive payout.

“Shorts were trampled by a Tesla Semi as its stock price rose +9% within the first 5 minutes of trading and had little chance to close out positions at anywhere near yesterday’s closing price,” he said in a note. “Tesla’s short squeeze will probably shift into a higher gear as some short sellers re-evaluate their short thesis and begin to trim or close out their short exposure.”

Among analysts who raised their price targets, Canaccord Genuity analyst Jed Dorsheimer raised his target to 750, from 515, and maintained a buy rating.

“Critically, the company ended the quarter with $6.3 billion in cash and generated $1 billion of free cash flow in the quarter, which should finally put to rest any balance sheet concerns,” he wrote.

Wedbush analyst Daniel Ives raised his price target to 710, from 500, with a rating of neutral.

“Tesla delivered a potentially game-changing fourth quarter with strong profitability and healthy cash flow signaling what could be a new era for Elon Musk and (Tesla headquarters) Fremont going forward,” Ives wrote in a note to clients.