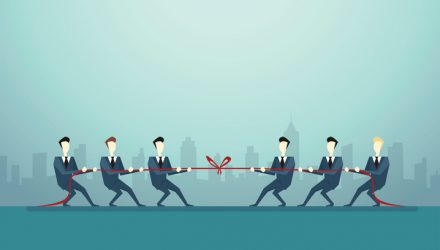 Technology company shares in the S&P 500 rose 1.1% as U.S. markets reopened after the Independence Day celebrations. The tech segment has come under pressure in recent weeks as traders trimmed holdings on concerns over lofty valuations in the high-flying sector this year.

Analysts, though, expect tech companies will continue to lead earnings growth in the S&P 500 for the second quarter as we head into earnings season, the Wall Street Journal reports.

“In a world of muted growth, tech stocks can still be attractive for delivering attractive rates of earnings growth … However, because of the positioning around tech, there is to be expected a period of consolidation,” Marcelle Daher, senior managing director, asset allocation at Manulife Asset Management, told Reuters.

Meanwhile, energy company shares in the S&P 500 declined 2.2% after an eight-session winning streak, their longest since 2010, as West Texas Intermediate crude oil futures plummeted 3.6% to $45.4 per barrel on rising OPEC exports and a strengthening U.S. dollar.