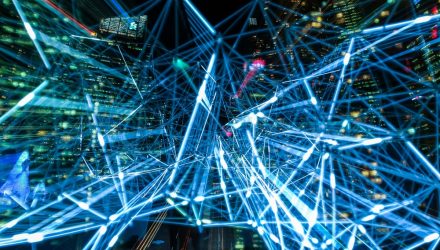 Tech ETFs Could Soar Again in 2018

With the technology sector ranking as the best-performing group in the S&P 500 this year, some focused strategies are delivering strong returns as well. Take the case of the First Trust ISE Cloud Computing Index Fund (NasdaqGM: SKYY). SKYY, the first and only exchange traded fund dedicated to cloud computing equities, is higher by 23.4% this year.

Cloud computing refers to a mode of accessing digital information from the internet through web-based tools and applications, instead of directly connecting to a server. The desired data and software packages are stored in servers where a consumer can access them anywhere as long as one has access to the internet. It is SKYY’s somewhat loose interpretation of cloud computing companies that has driven the ETF’s stellar performance.

SKYY tracks the ISE Cloud Computing Index, which “is a modified equal dollar weighted index designed to track the performance of companies actively involved in the cloud computing industry. To be included in the index, a security must be engaged in a business activity supporting or utilizing the cloud computing space, listed on an index-eligible global stock exchange and have a market capitalization of at least $100 million,” according to First Trust.

SKYY “is a prime example of the first mover advantage in the ETF world. When it debuted more than six years ago, SKYY was criticized as being too much of a niche ETF,” reports InvestorPlace. “Today, cloud computing is one of the fastest-growing segments of the broader tech spaces and SKYY has $1.1 billion in assets under management.That dominant perch has prevented any competing funds from coming to market, a rarity in the ETF space, which is business littered with copycats.”