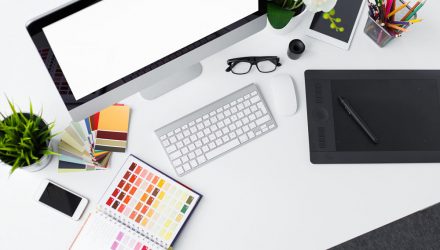 As has been widely documented, the technology sector is the best-performing group in the S&P 500 this year. Dozens of ETFs provide exposure to the S&P 500’s largest sector weight, plenty of which can be considered “cheap” or “inexpensive.”

However, the king of low-cost technology ETFs is the Fidelity MSCI Information Technology Index ETF (NYSEArca: FTEC), which charges barely more than 0.08% per year. With technology historically being a strong performer in the fourth quarter and one of the best sectors in October, now is a good time for investors give FTEC a look.

FTEC’s top 10 holdings combine for 54% of the fund’s weight and that includes a 13.7% allocation to Apple Inc. (NASDAQ:AAPL), making FTEC home to one of the largest Apple weights among all ETFs.

Catalyst remain for the high-flying tech sector. For example, earnings growth, rebound in operating margin and increased capital spending have reinforced the sector outlook. According to Fidelity Investments, the technology sector exhibits three positive indicators in the second quarter, including a positive outlook in the current business cycle, improving fundamentals and attractive relative strength.