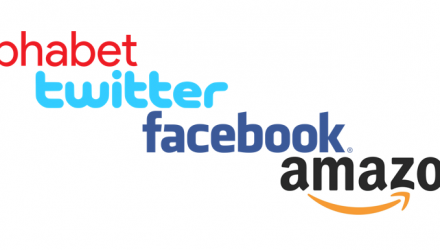 Today marks the start of a very big week for the market, with 174 S&P 500 companies scheduled to report their earnings. Much of the focus is centered around large-cap tech giants Alphabet (GOOGL), Facebook (FB), Twitter (TWTR), and Amazon (AMZN), all four of which have outperformed the market over the past 12 months, up 21%, 27%, 116%, and 74%, respectively.

So far, this earnings season has been strong. As of Friday, 17% of the S&P 500 companies had reported their reports, with 87% beating EPS expectations and 77% beating revenue expectations, according to FactSet data. Both percentages are above the five-year average.

Google-parent Alphabet will kick off the week with its report after the bell on Monday. High expectations for Alphabet’s earnings were hurt after the company was fined $5.07 billion by the European Commission for antitrust violations. Although Alphabet has announced that it will file an appeal, it will still account for the fine in its Q2 report, which may wipe out considerable profits for the company from the last season. Last quarter, Alphabet reported a strong 26% year-over-year increase in revenue. Analysts expect revenue for this quarter to rise 24% year-over-year.

Social networks Facebook and Twitter are also in the mix this week. Facebook will report after the close on Wednesday, with investors expecting high growth. Analysts expect revenue to grow 44% year-over-year, a rather modest number when compared to the company’s 49% year-over-year last quarter.