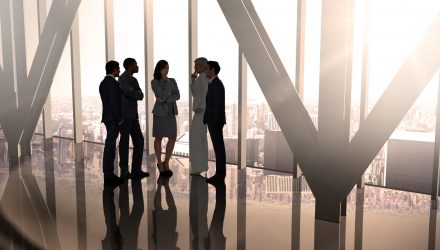 Tax Reform Could Be a Boon for Corporate Bond ETFs

Multi-nationals would pay a one-time tax on their accumulated foreign earnings to repatriate the cash back onto U.S. soil, and there would be no extra tax on transferring that money across borders, which would provide many companies a quick alternative to the bond market the next time they want to employ money to invest or buyback shares. Consequently, the lower requirement to raise cash would diminish the corporate bond issuance between $80 billion and $160 billion one year after the tax law is passed, Daniel Sorid, a credit analyst for Citi Research, said.

Furthermore, the tax changes could make debt more expensive for companies by lowering the corporate tax rate and putting a cap on corporate interest deductions., which could stress some of the more highly leveraged companies. The current bills would reduce the corporate tax rate to 20% from 35% – President Donald trump has indicated he is open to a 22% rate, and this in turn would diminish the value of corporate interest deductions.

“All else being equal, if companies were able to deduct all of their interest expenses before and they will be limited in some form, that should make debt a less attractive option to them and they should be less inclined to issue bonds,” Oleg Melentyev, credit strategist at Bank of America Merrill Lynch, told the WSJ.