You are at:Home»Equity ETFs»A Targeted ETF to Capture Strength in Chinese Banks 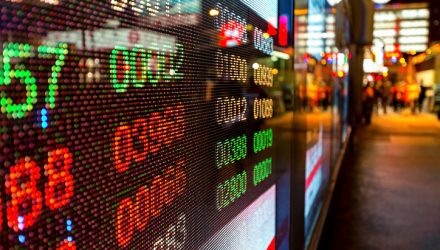 A Targeted ETF to Capture Strength in Chinese Banks

China has been actively lower its debt levels, which in turn has helped bolster third quarter results of the emerging market’s large state-owned banks and financial-related ETF.

The Global X China Financials ETF (NYSEArca: CHIX), which provides broad exposure to companies in the Chinese financials sector, gained 8.0% over the past three months and surged 40.5% year-to-date.

Chinese regulators have made it more expensive for banks to borrow from one another in an attempt to diminish risks in the financial sector, the Wall Street Journal reports.

The action has benefited the big state banks since their vast retail deposit franchises lend to other lenders while the smaller banks have to struggle with higher funding costs.

For example, Industrial & Commercial Bank of China revealed its profits jumped 3.4% in the third quarter year-over-year, compared to its 1.85% profit growth over the first half. Over the past two years, the bank revealed near-flat net profit on a buildup of bad loans that ate away at earnings and narrowing interest rates cut into profitability.

Furthermore, Agricultural Bank of China announced net profit rising 4.9% in the quarter, its fastest clip in the past two years.

“The Big Four banks are faring well as liquidity tightens and funding costs rise given their vast deposit bases,” Yulia Wan, a bank analyst with Moody’s Investors Service, told the WSJ. “But the banks with bigger reliance on the interbank market are under higher pressure in net interest margin.”