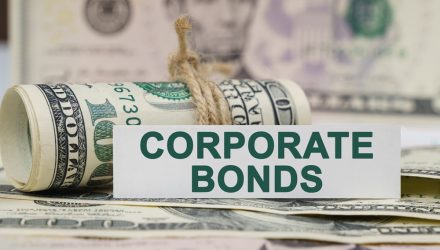 The CFRA Focus ETF for March is JPMorgan Corporate Bond Research Enhanced ETF (JIGB). The fund earns a five-star rating from CFRA, based on a combination of its risk, reward, and cost attributes and using portfolio-level and fund-specific analysis. Rather than solely relying on past performance and/or waiting three years to offer a star rating on fixed income ETFs, CFRA also offers a forward look at credit quality, and we consider the duration of the portfolio as well as the fund’s costs. In contrast, the actively managed ETF earns a two-star rating from Morningstar, which relies solely on past performance.

The ETF has been managed by Lisa Coleman and Lorenzo Napolitano since the fund’s December 2018 inception but leverages JPMorgan’s deep fundamental credit research team to enhance security selection and make sector allocations. The portfolio managers invest in companies that they believe are attractive from a fundamental and relative value analysis while seeking to underweight companies that are unattractive based on their analysis.

Based on the ETF holdings, from a sector perspective in 2021, the fund remained largely in line with the sector weightings in the Bloomberg U.S. Corporate Index, with its largest underweight allocations to the basic industry (2.4% of assets) and its largest overweight allocations to the consumer non-cyclical (17%) and technology (10%) sectors. Meanwhile, 32% of fund assets were invested in credits issued by financial institutions. The fund’s holdings included bonds issued by Bank of America, Boeing, Citigroup, General Motors, Wells Fargo, and Xilinx. In 2021, management believed Boeing would benefit from a resumption in demand for air travel in 2021 as well as pending regulatory approvals of its 737 Max aircraft.

At the end of January, 58% and 34% of fund assets were in BBB- and A-rated securities, respectively, compared to 49% and 40% for ETF industry heavyweight iShares iBoxx $ Investment Grade Corporate Bond ETF (LQD). Meanwhile, JIGB has a slightly lower average duration of 8.4 years (LQD’s is 9.2), which means that it should hold up better when the Federal Reserve begins hiking interest rates. Despite these active distinctions, JIGB charges the same modest 0.14% expense ratio as the $34 billion index-based peers as, we think, JPMorgan is using its scale as an advantage.

Year-to-date, JIGB’s loss of 6.1% is narrower than LQD’s 6.7%, though the fund lagged by 40 basis points in 2021. However, CFRA believes both ETFs will outperform the broader U.S. fixed income ETF category for the remainder of 2022. We think incurring moderate credit risk will be rewarding to investors as the economy continues to strengthen.

While we think LQD remains a strong ETF, investors could benefit from incorporating an active approach for a portion of their exposure to the investment-grade corporate bond style. Despite its small size, with only $51 million in assets, JIGB is a strong, active fixed-income ETF.