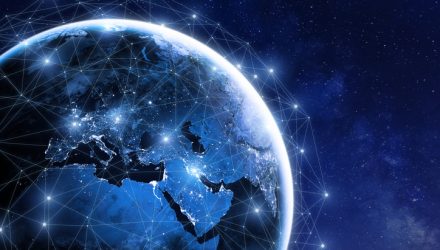 While the headline does not refer to a domestic ETF holding bank stocks, the iShares MSCI Europe Financials ETF (NASDAQ: EUFN), which provides a targeted play on European financial companies, could see some more downside and that’s on top of a month-to-date loss of more than 10%.

Weighing on Europe’s financial sector, the plunging yields have dragged rates on some government bonds back into negative territory, there are rising concerns over a slowing economy and a money-laundering scandal has driven compliance costs higher, the Wall Street Journal reports.

Related: Where Banks Are Really Cheap Overseas – And An ETF To Capitalize

While EUFN is home to some banks trading at depressed valuations, the ETF’s technical health is poor and could get worse before it gets better.

“Just continue to stay away from European banks,” said Ari Wald, head of technical analysis at Oppenheimer, in an interview with CNBC. “While the representative index is still above its low from 2011, I think a more recent breach of its low from 2018, December of last year, is marking a potential resumption of Europe banks long-term downtrend.”

While EUFN may look cheap, some market observers have tagged European banks with the dreaded “value trap” label and with Europe awash in negative-yielding debt, banks there aren’t the attractive investment they may seem to be on the surface.

The most recent round of safe-haven investing, which pushed rates down, with some Europe government bond yields back in the negative, are constraining European banks’ profits by tightening net interest margins, or the difference between what banks pay for funding and make from loans. Moody’s analysts calculate that German banks see net interest income account for almost 70% of revenue and most interest-earning assets are long-term, so any future benefits of rate rises would come with a lag.

“Low to negative interest rates in Europe and a flat yield curve means European bank profitability will remain under pressure and keep these stocks unattractive,” according to CNBC.