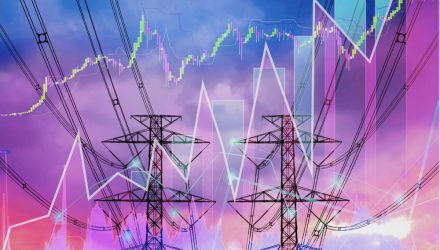 Why This Beleaguered Energy ETF Could Bounce Back

Oil is coming off its worst quarterly performance in decades and the commodity resides at multi-year lows. That and the energy sector is struggling mightily, a confluence of factors that would appear to bode ill for ETFs, such as the  VanEck Vectors Unconventional Oil & Gas ETF (NYSEArca: FRAK).

Domestic shale producers are being pinched by Saudi Arabia and Russia flooding the market with crude at a time of slack demand, but Goldman Sachs believes U.S. shale firms could eventually benefit from what now appears to be an ominous scenario.

Stabilizing crude oil prices and potential production increases from U.S. shale producers could also bolster the case for North American refiners. The U.S. refining sub-sector has been one of the most profitable sectors in the U.S. economy over the past five years. That could boost the case for FRAK’s stablemate, the  VanEck Vectors Oil Refiners ETF (NYSEArca: CRAK).

The U.S. has become more self-sufficient with oil needs. With that in mind, investors looking to diversify in areas that have previously underperformed are coming up with strategies.

“Shale’s flexibility is similar to the spare capacity that OPEC stalwarts such as Saudi Arabia and the U.A.E. keep on hand to be able to boost production on short notice, Courvalin said,” according to Bloomberg.

From a fundamental standpoint, the price is right, and the increase in concentration in the U.S. will help. Additionally, being more energy independent means being less concerned with production outside the U.S.

“Shale wells’ high initial pressure means that there is a strong likelihood that companies can shut them in and later resume production with limited lost capacity, Courvalin said,” reports Bloomberg.