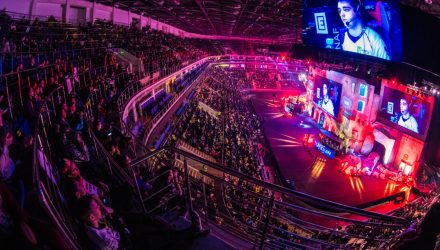 These days, it feels as though nothing is safe in the equity market and while there’s a degree of accuracy to that statement, opportunities are emerging amid this sell-off.

Those opportunities include the VanEck Vectors Video Gaming and eSports ETF (NASDAQ: ESPO), which although it has not been immune to the recent slide in stocks, is holding up somewhat well on a relative basis as highlighted by a year-to-date gain of 5.6%

The explosive growth of esports could even power the space past traditional sports where revenue generation is now heavily tilted towards enhancing a fan’s multimedia experience. This is an important concept in China where many younger demographics that are chock full of devoted gamers are highly technologically savvy.

Bolstering the long-term case for esports as an asset class is increasing venture capital interest in the space.

“The number of investments in esports doubled in 2018, going from 34 in 2017 to 68 in 2018, per Deloitte,” according to BI Intelligence. “That’s reflected in the total dollars invested, too: Investments are up to $4.5 billion in 2018 from just $490 million the year before, a staggering YoY growth rate of 837%, per Deloitte. These investments are distributed to players across the ecosystem — from esports organizations to tournament operators, to digital broadcasters — allowing it to function and grow.”

As esports becomes more engrained in pop culture, on par with traditional sports, ESPO opportunities could be magnified.

“The pop-culturization of esports has helped power the explosions in esports investment and revenue,” notes BI Intelligence. “Esports has hit this stratosphere in large part because of the social component of live streaming and gaming. Gaming-specific streaming platforms like Twitch and YouTube Gaming give fans a direct connection to the players and teams, while more mainstream socials have allowed those connections to flourish.”