You are at:Home»Beyond Basic Beta Channel»Walmart Makes Changes At the Top for New Year 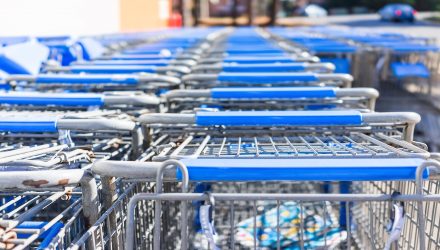 Walmart Makes Changes At the Top for New Year

One of the nation’s biggest retailers is changing things up in the management department, in the wake of the new year.

Walmart is losing chief merchant Steve Bratspies, according to an internal memo sent to employees Friday by Walmart U.S. CEO John Furner, which was reviewed by CNBC.

Scott McCall will replace Bratspies, the memo said. McCall most recently was in charge of entertainment, toys and seasonal at Walmart.

“I am incredibly proud of what we have accomplished as a team …” Bratspies said in an emailed statement, reflecting on his 14 years at the company. “I will always cherish my Walmart family and take pride in the growth we fueled together, but it’s time for a new challenge. I am excited about what’s ahead for me and for Walmart.”

In the statement, Bratspies did not wish to disclose his future plans after 14 years at Walmart, stating “it’s time for a new challenge,” The Wall Street Journal reported.

Walmart also named Dacona Smith as chief operating officer of Walmart U.S., according to the memo, augmenting a position that had been unfilled since the former Chief Operating Officer Judith McKenna became head of Walmart’s international division in 2018.

The memo noted that all of the changes are set to begin Feb. 1.

“These moves demonstrate the depth of talent in our business and the opportunity for the advancement at Walmart,” Furner said in the memo.

Meanwhile, analysts are anxious to see how CEO Doug McMillon will shape the company in the coming year.

“2019 was a huge year for Doug. And as someone who arguably, he’s the head of a company based in Bittenville, AR, and they tend to fly under the radar. A lot of their stores are in rural communities. But Doug really stepped up this year and made a lot of big, bold moves. So I think a lot of us anticipate that that is kind of shedding light as to what’s to come in the future,” explained Lauren Thomas, a reporter for CNBC.

Investors looking into ETFs that contain Walmart might consider the VanEck Vectors Retail ETF (RTH) that has Walmart as its third biggest holding (9.4%).

RTH seeks to replicate as closely as possible, before fees and expenses, the price and yield performance of the MVIS US Listed Retail 25 Index (MVRTHTR), which is intended to track the overall performance of companies involved in retail distribution, wholesalers, on-line, direct mail and TV retailers, multi-line retailers, specialty retailers and food and other staples retailers.