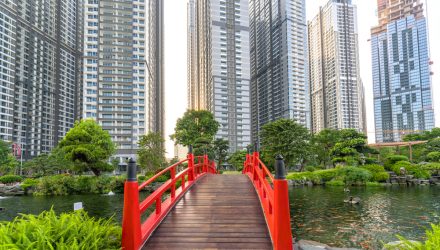 Up 15% YTD, the VanEck VNM ETF Merits a Closer Look

Vietnam is doing something right. Its economic strength amidst the pandemic has helped funds like the VanEck Vectors Vietnam ETF (VNM), which is up 15% to start the year.

“Vietnam’s success in curbing the coronavirus so far, while its Southeast Asia neighbours struggle, is helping the country power ahead in economic growth and attracting funds, foreign investors, experts and analysts say,” a Reuters article noted.

Analysts from around the globe are certainly taking notice.

“The successful management of the pandemic to date has already enabled the country to capture a larger share of global trade and FDI (foreign direct investment) during 2020,” said Carolyn Turk, the World Bank’s country director in Vietnam.

As for the fund, VNM seeks to replicate as closely as possible the price and yield performance of the MVIS® Vietnam Index. A company is generally considered to be a Vietnamese company if it is incorporated in Vietnam or is incorporated outside of Vietnam but has at least 50% of its revenues/related assets in Vietnam.

The fund is also up over 20% the last few months:

Much thanks can be attributed to the Vietnamese government for helping to keep the effects of Covid-19 at bay.

The Reuters article noted further that “its strength in containing the pandemic saw it build on the foundations of two free trade agreements signed in 2020, also outpacing peers in luring manufacturers moving production out of China because of the Beijing-Washington trade war. Vietnam was one of the world’s few countries to record growth last year – well down on 2019, but still a 2.9% expansion.”

“Vietnam watchers expect the country to ride high as long as it keeps the virus – resurgent in many countries – at bay,” the article continued. “Thanks to rigorously targeted testing, a centralized quarantine program and early border closures, Vietnam’s coronavirus tally stands at just over 1,500 cases and 35 deaths to date – far fewer than any comparable country given its population of nearly 98 million.”