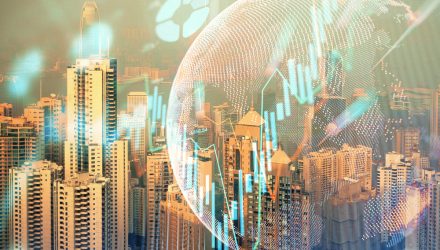 Amid a slump in emerging markets currencies and central banks in many of those nations rushing to boost interest rates, the VanEck J.P. Morgan EM Local Currency Bond ETF (NYSEArca: EMLC) is a prime example of a fixed income exchange traded fund that’s been under the microscope as of late.

With the U.S. dollar ranking as one of the best-performing currencies over the past several months, emerging markets debt denominated in local currencies is trailing other developing world fixed income assets, and investors are holding off on allocating to the asset class. However, some experts argue that EMLC and its components have some technical tailwinds to consider.

“The level of foreign investor participation varies in each market, and operational, regulatory and tax considerations can limit the ease at which a foreign investor can trade local bonds, in addition to a market’s relative attractiveness and liquidity,” says Fran Rodilosso, VanEck head of fixed income. “Among countries represented in the J.P. Morgan GBI-EM Global Diversified Index, the level of foreign ownership ranges from 4% to 48%, with a weighted average of approximately 21%, which has generally declined over the past six years.”

An overlooked catalyst for EMLC, as Rodilosso points out, is increasing liberalization in developing economies’ bond markets, which paves the way for higher levels of participation by foreign investors.

“Only 5% of government bonds in China, which has a 10% weight in the index, is owned by foreigners,” adds Rodilosso. “The relative attractiveness versus developed markets, easing of investment restrictions, and global index inclusion are factors that we believe will lead to continued increases in this level. India, which is not currently included in global bond benchmarks but is on index watch for inclusion by J.P. Morgan with the potential to reach a 10% weight, has only 2% foreign participation in its sovereign bonds.”

China, the world’s second-largest economy behind the U.S., accounts for 10.17% of EMLC’s weight. Indonesia and Brazil, Latin America’s largest economy, combine for nearly 18% of the fund’s geographic exposure.

EMLC, which sports a 30-day SEC yield of 5.38%, has an effective duration of five years and three-quarters of its holdings are rated investment-grade.