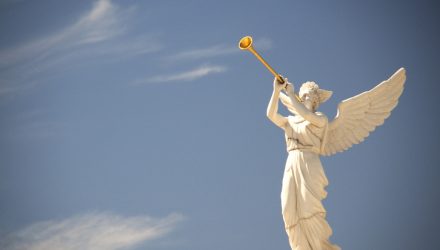 Why Tactical Bond ETF ‘ANGL’ is Right for the Times

Against the backdrop of lower interest rates in the U.S. and more than $14 trillion in negative-yielding debt around the world, fixed income strategies with with above-average yields, such as the VanEck Vector Fallen Angel High Yield Bond ETF (NYSEArca: ANGL), are all the more compelling in the current environment.

ANGL seeks to replicate as closely as possible the price and yield performance of the ICE BofAML US Fallen Angel High Yield Index (the “Fallen Angel Index”). The fund normally invests at least 80% of its total assets in securities that comprise the fund’s benchmark index. The index is comprised of below investment grade corporate bonds denominated in U.S. dollars that were rated investment grade at the time of issuance.

“Fallen angel bonds, or high yield bonds originally issued with investment grade ratings, have outperformed the broad U.S. high yield market so far this year,” said VanEck in a recent note. “We believe the current environment of central bank easing will remain supportive of fallen angels and that fallen angels may be attractive as we enter the later stages of the credit cycle.”

ANGL’s longer duration relative to some other high-yield bond strategies is also a perk, one that is accentuated with interest rates falling in the U.S.

“The longer duration of fallen angels was a key contributor to outperformance, as interest rates have steadily declined since the beginning of the year,” said VanEck. “Although the longer duration can be a headwind in rising rate environments, fallen angels have actually outperformed the broad high yield market in seven out of the last nine years in which interest rates rose significantly.”

At end of the second quarter, nearly 74% of ANGL’s holdings were rated BB, putting a large chunk of the fund’s portfolio at the higher end of junk territory.

“The higher average credit quality of fallen angels, which are significantly overweight BB rated bonds versus the broad market, boosted performance as BB rated bonds outperformed both single B and CCC rated securities beginning in April of this year,” according to VanEck.

For more news and strategies in fixed income, visit ETFtrends.com.