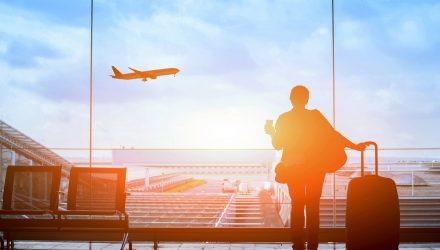 In an attempt to re-energize the company, Southwest Airlines, which is up only marginally for the year, announced plans to begin flights to Hawaii, grappling away market share from competitor Hawaiian Airlines, which dropped 2% on the news.

Southwest Airlines is expanding its footprint in Hawaii as the carrier continues to struggle with the detritus from the grounded Boeing 737 by luring tourists in with low fares from the West Coast.

Starting in January 2020, Southwest will offer a daily flight between Sacramento and Honolulu and bi-weekly flights Oakland and San Jose, California, to Kona and Lihue between late January and early March.

The airline also announced a one-day sale of $99 one-way flights for the routes in an effort to attract travelers on board and said it would expand flying between the islands.

The 737 Max grounding on March 13 following two crashes that killed 346 passengers and crew delayed the planned augmentation of additional Hawaii flights because Southwest had to ground its 34 Max planes and utilize planes set aside for new Hawaii flights to cover established routes.

The airline did not use the 737 Max on its Hawaii flights, but the airline has said it hopes to use it on some routes in the future. United used a Max on some Hawaii flights prior to the time that the aircraft was grounded.

Southwest CEO Gary Kelly said in July that the airline’s rapidly expanding Hawaii business could no longer hold off on the 737 Max to be re-certified. Instead, it made other moves to certify planes.

“Adding Hawaii and quickly becoming relevant is strategic for us and this move better supports execution of that strategy,” he said on the airline’s earnings conference call.

Hawaiian Holdings (HA) has been losing profits for the past couple of years due to broadening competition particularly for flights between the U.S. West Coast and Hawaii. Despite the more challenging market space, Hawaiian Airlines is moving forward with its strategy to grow in the West Coast-Hawaii market using its new fleet of Airbus A321neos.