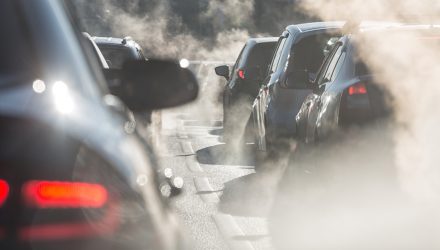 Clean technology and renewable energy equities are among the names that were caught up in this year’s growth stock retrenchment, weighing on a variety of exchange traded funds in the process, but some analysts are eyeing better things for the group in 2023. That could support rebound cases for ETFs such as the VanEck Low Carbon Energy ETF (SMOG).

SMOG, which tracks the MVIS Global Low Carbon Energy Index, turns 16 years old next May, confirming it is battle-tested across a variety of market settings.

While 2022 has been a rough year for clean energy equities, including SMOG member firms, some analysts are constructive on the group as a 2023 bounce-back idea. JPMorgan analyst Bill Peterson articulated as much in a Thursday note to clients.

Two of Peterson’s preferred clean energy ideas for next year are ChargePoint Holdings (NYSE:CHPT) and Plug Power (NASDAQ:PLUG). The former isn’t a member of the SMOG portfolio, but Plug Power is. The company is a leader in the green hydrogen and electrolyzer industries, and those are among the factors that could stoke some 2023 upside for the SMOG holding.

“The company continues to innovate, pursue global partnerships and acquisitions, and win customer bookings across its lines of business,” according to Peterson.

Chinese electric vehicle manufacturer Nio (NYSE:NIO), which is another SMOG holding, has been drubbed this year, but the stock has roughly 70% upside to Deutsche Bank’s newly unveiled 21% price target.

“Management indicated that it produced the 300,000th vehicle on Monday and that this vehicle would be delivered in 2-3 weeks,” analyst Edison Yu said in a note to clients. “Considering cumulative deliveries were 274,000 exiting Nov, this suggests production is ramping up nicely and 4Q guidance is very much achievable (43,000-48,000 units).”

Yu added that when it holds Nio Day later this month, the company could show off two new models, and that along with China easing its zero-COVID policies could function as catalysts for the beaten-up stock.

Tesla (NASDAQ:TSLA), which accounts for more than 4% of the SMOG roster, also gained some sell-side support from RBC.

The “stock will likely remain under pressure as gross margin expectations re-calibrate, but once this occurs, we see a compelling case for TSLA to still drive earnings/FCF higher as the low cost leader and leveraging opex,” according to the bank.