You are at:Home»Beyond Basic Beta Channel»Russia Accelerates the Pace of Rate Cuts 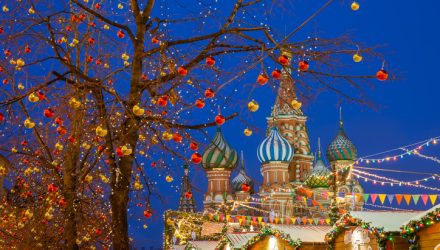 The Russian central bank (CBR) unexpectedly accelerated the pace of easing, delivering a 50bps policy rate cut today and leaving the door open for more. The CBR now believes that domestic activity can benefit from additional policy support, especially as the inflation outlook looks more benign and inflation expectations remain anchored. Even with today’s cut, Russia’s real policy rate is around 2.5%, which might be a bit too high for the real gross domestic product (GDP) growth of less than 1% (in Q3).

Mexico’s latest retail sales print was not horrible—actually, we got a small upside surprise. However, there are still no signs of breakthrough and the yearly growth figure continues to oscillate around 2%. The release changes nothing in our assessment of the central bank’s response function. The room for easing is clearly there—inflation is gradually sliding down, investments are very weak (down by 7.6% year-on-year in July) and consumer confidence has deteriorated since February. The market expectation of 78bps of cuts in three months looks a bit ambitious, but the probability of another 25bps cut on November 14 is quite high.

With the first round of Argentina’s presidential elections this weekend, the market maintains its focus on all things related to the country’s ability to honor its debt obligations. Yesterday’s headlines that the central bank might tighten capital controls after the elections were not particularly surprising. The current setup does not seem to be efficient—even though some capital controls are in place, the central bank continues to lose reserves at an alarming pace (34% down since early July).

À propos: The pre-election atmosphere in Argentina is so tense, it’s practically purple. So, I wanted to share an uplifting story to prove that, yes, miracles do happen—even in Buenos Aires. The story comes from the world of movie-making, and it’s got to do with the “resurrection” of the legendary (and brilliant) Sci-Fi silent movie Metropolis, which was created in Germany in 1927. (If you haven’t a clue what I am talking about, then do have a look at Queen’s “Radio Ga Ga” official video clip, which uses footage from the movie). The movie’s premiere in Berlin was a disaster—it was too long and, apparently, too nerdy. So, it was hacked to pieces for the U.S. release, losing about an hour of running time. In subsequent decades, there were several attempts to restore Metropolis, but the results were disappointing. There were persistent rumors, however, that one complete, un-cut, copy had survived in Buenos Aires, taken there by an Argentine film distributor who was in Berlin at the time of its initial release. To cut (sorry!) a long story short, the badly damaged negative was eventually located in Argentina’s movie museum in 2008 and Metropolis was restored to its original glory several years later. So, I am going to watch the movie again (and listen to Freddie Mercury) this weekend, while I am waiting for the election results. I can only hope for an equally miraculous outcome for Argentina’s debt!

The information presented does not involve the rendering of personalized investment, financial, legal, or tax advice. This is not an offer to buy or sell, or a solicitation of any offer to buy or sell any of the securities mentioned herein. Certain statements contained herein may constitute projections, forecasts and other forward looking statements, which do not reflect actual results. Certain information may be provided by third-party sources and, although believed to be reliable, it has not been independently verified and its accuracy or completeness cannot be guaranteed. Any opinions, projections, forecasts, and forward-looking statements presented herein are valid as the date of this communication and are subject to change.

All investing is subject to risk, including the possible loss of the money you invest. As with any investment strategy, there is no guarantee that investment objectives will be met and investors may lose money. Diversification does not ensure a profit or protect against a loss in a declining market. Past performance is no guarantee of future performance.