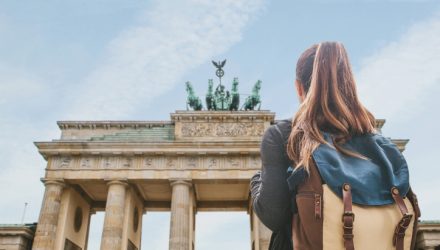 The iShares Europe ETF (NYSEArca: IEV) is up 14.51% year-to-date and while that trails the S&P 500, some market observers believe it is appropriate to give European equities and the related exchange traded funds another look. The iShares MSCI EMU ETF (CBOE: EZU), which focuses on Eurozone economies, is up nearly 15% this year and is another name meriting of a place in the Europe ETF conversation.

“While there are challenges, including structurally lower growth, there are several factors favoring European equities, including: attractive valuations, generous dividends, low growth expectations, the global scale of Europe’s largest companies, and finally the relative dovishness of the European Central Bank (ECB),” said BlackRock in a recent note.

“And while Europe is still struggling to grow, this dynamic appears well discounted. The Citi European Economic Surprise Index is close to flat,” notes BlackRock. “In contrast, the U.S. economic surprise index is negative and near a two-year low, meaning economic data is coming in worse than expected. To be clear, this doesn’t mean that the U.S. will grow slower than Europe, but that relative to expectations European growth is coming in mostly better than in the United States.”

As the markets rebounded from the last year’s pullback, many shunned the European markets. However, some may want to look back into Europe region-related ETFs as some of bumps are smoothed out. Plus, many Europe ETFs are home to multi-national companies that are not heavily reliant on local economies to drive returns, meaning these funds can still perform even if some regions in Europe see economic softness.

“Even if European growth remains soft, European equities can still perform,” said BlackRock. “The reason: European indices are more exposed to global rather than local growth. Most of the big names in the index are global champions, such as Nestle in packaged foods, or Royal Dutch Shell in energy. The fortunes of these companies are more tied to global conditions rather than local ones.”