You are at:Home»Beyond Basic Beta Channel»Play the High Beta Bounce With This ETF 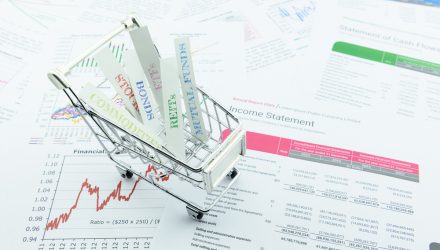 Play the High Beta Bounce With This ETF

Low volatility and reduced beta are popular factor applications in the world of ETFs, high beta funds have their moments as well and that’s happening right now with the Invesco S&P 500 High Beta Portolio (NYSEArca: SPHB).

SPHB tracks the S&P 500 High Beta Index, which “consists of the 100 stocks from the S&P 500 Index with the highest sensitivity to market movements, or beta, over the past 12 months. Beta is a measure of relative risk and is the rate of change of a security’s price,” according to Invesco.

As a player on higher beta stocks, it’s not surprising that SPHB is heavily allocated to cyclical sectors. For example, financial services stocks account for over 31% of the fund’s weight, levering SPHB to renewed momentum in that previously downtrodden group.

“Financials were one of the hardest-hits the pandemic as investors fled the sector on profitability concerns, and they started to recover on hopes for a smooth economic reopening,” reports Yun Li for CNBC.

Other previously beaten groups, including brick-and-mortar retailers, are rebounding and contributing to SPHB’s recent rally.

“High-beta retailers were also some of the biggest winners on Wednesday with fashion company Capri, clothing company PVH and Gap all jumping more than 6%. Retailers, which are sensitive to economies reopening, have been rebounding sharply,” according to CNBC.

Energy, a group that accounts for more than 17% of SPHB’s weight, is also contributing to the high beta ETF’s rally.