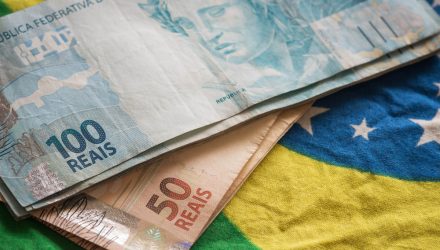 Why Patience and Discipline Are Key for This Brazilian ETF

Patience and discipline are important virtues for investors in the capital markets. They’re almost required in emerging markets. ETFs like the VanEck Vectors Brazil Small-Cap ETF (BRF) can pay off in the long-run.

The fund seeks to replicate as closely as possible the price and yield performance of the MVISÂ® Brazil Small-Cap Index, which includes securities of Brazilian small-capitalization companies. A company is generally considered to be a Brazilian company if it is incorporated in Brazil or is incorporated outside of Brazil but has at least 50% of its revenues/related assets in Brazil.

BRF, with its expense ratio of 0.63%, has been showing recent strength as of late with Brazil’s economy contracting less than initially expected in a rough 2020. In the last few months, the fund is up about 12%.

“The economy contracted by 4.05% in 2020 after expanding by 0.64% in December, according to the bank’s activity index, which is a proxy for gross domestic product,”  an article in The Star noted. “It was the third straight month of slowing growth, though the figure came in higher than the median forecast for a 0.4% increase from analysts in a Bloomberg survey.”

Betting On a Stimulus Package

For Brazil and BRF, the news to watch will be how the government’s response to more stimulus will play out. With the public demanding a need for more stimulus to stave off the effects of Covid-19, the hope is that a global rollout of a vaccine will work its magic in the meantime.

“Brazil’s government hopes to roll out a new emergency coronavirus aid package within three weeks, a source with knowledge of the plan said on Monday,” a Nasdaq article said. “Congress will need to make sure the package, which would be worth 250 reais ($46.56) a month and last up to four months, includes measures to ‘compensate’ the government, such as fiscal and other reforms, the source said. It was unclear whether the amount would be per person or per family.”

Small cap equities can provide investors with outsized gains, but they could be subject to wild swings in the market when volatility rises. In short, they can experience the highest of highs and the lowest of lows.

In emerging markets, those market movements are even more amplified. If investors can stomach the heavy volatility, they can be handsomely rewarded in the end.