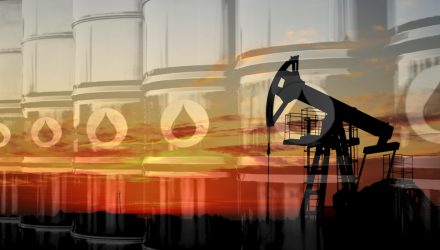 Less than four months into 2022, the VanEck Vectors Oil Services ETF (NYSEArca: OIH) is up 58%. Under any circumstances, that’s a stellar showing.

On the other hand, a 58% jump in three months and some change could give investors pause about embracing the dominant oil services exchange traded fund. That’s a reasonable perspective, but some analysts believe that there’s more upside in some of the marquee oil services stocks.

“Piper Sandler analyst Ian Macpherson upgraded Schlumberger (ticker: SLB), the world’s largest oil services firm, to Overweight on Monday as part of a larger re-rating of the industry. He says that Schlumberger stock could rise 29%, to $55,” reports Avi Salzman for Barron’s.

Macpherson’s bullish outlook on Schlumberger is relevant to OIH investors and those considering the fund because that stock is the ETF’s largest holding at a weight of 19.05%, as of April 8.

Another element in considering equities like Schlumberger or ETFs such as OIH is, not surprisingly, oil prices. In other words, oil services stocks are highly correlated to crude prices.

“Piper Sandler expects oil prices to stay high for several years. The bank’s price target for West Texas Intermediate (WTI) crude oil, the U.S. benchmark, is at $130 a barrel for the next year and $100 through 2025. (WTI now trades around $95.) With increasing demand for rigs and too few of them available, oil services companies should have strong pricing power,” according to Barron’s.

Another potential benefit with Schlumberger and some other well-known OIH components is that several of these firms significantly pared operating expenses during the darkest days of the coronavirus pandemic. While that resulted in massive layoffs in some cases, it left Schlumberger leaner and with a better handle on costs.

“His top picks are Tenaris (TS), TechnipFMC (FTI), and Weatherford International (WFRD). Those three can rise by an average of 75%, he projects. He also likes ChampionX (CHX), and upgraded the stock to Overweight with a $30 price target,” notes Barron’s.

Tenaris is OIH’s fourth-largest holding at a weight of 5.4%, while TechnipFMC is in the seventh spot at an allocation of 4.52%. ChampionX accounts for 4.15% of the OIH portfolio. The VanEck fund currently doesn’t hold shares of Weatherford.