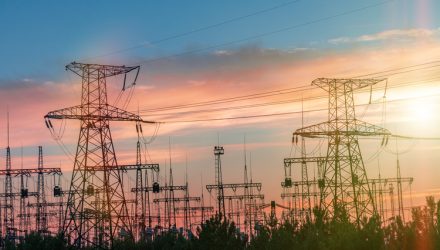 Maybe It’s Time to Give the Energy Sector a Look

The energy sector is again under siege with the Energy Select Sector SPDR Fund (NYSEArca: XLE) is flirting with a double-digit year-to-date loss.

Oil is coming off its worst January showing in 30 years last month. The energy sector has fallen behind as crude oil prices weakened on concerns over the global economy as the coronavirus outbreak in China threatens a major component in the world economy.

While the short-term uncertainty has crimped the sector, energy stocks have been suffering under a long-term trend of sliding oil prices since 2014. Even as crude oil prices gained ground, rising costs still reduced energy sector profits. Yet, some market observers believe the energy sector could be poised for a rebound.

“There is, however, a disconnect between the U.S. stock market—which hit records this past week as investors look beyond the coronavirus—and the lagging energy sector,” reports Andrew Bary for Barron’s. “For one thing, the group offers some of the best dividend plays. The largest Western energy companies—Exxon, Chevron (CVX), BP (BP), and Royal Dutch Shell (RDS.B)—yield 4.7% to 7.2%. The payouts look secure, with Royal Dutch carrying the majors’ highest yield.”

Keeping An Eye On Energy

The energy market, which is viewed as a proxy for economic growth, has been among the worst-hit assets in response to the growing threat of the spreading coronavirus in China and its effects on the global economy. China is the second-largest economy in the world and biggest importer of oil, and many anticipated a slowdown in the emerging economy due to the disruptions form widespread quarantines that Beijing has implemented to limit the spread of the novel virus.

However, energy equities are in an extended period of decline, so much so that the sector has become one of the smallest in the S&P 500.

“There are signs of capitulation from investors. The weighting of energy stocks in the S&P 500 index is down to a record low 3.8%, and the entire sector’s value is considerably less than Apple’s (AAPL) $1.4 trillion,” according to Barron’s.

For its part, XLE, the largest energy ETF by assets, has a tempting yield of over 4%.

“Investors can get exposure through the Energy Select Sector SPDR exchange-traded fund (XLE), which owns the energy stocks in the S&P 500 index. It trades at $54, after hitting a 52-week low this past week, and yields 4.3%. About 40% of its assets are in Exxon and Chevron,” according to Barron’s.