You are at:Home»Beyond Basic Beta Channel»Jim Cramer: Fed Should Step In To Avoid Recession 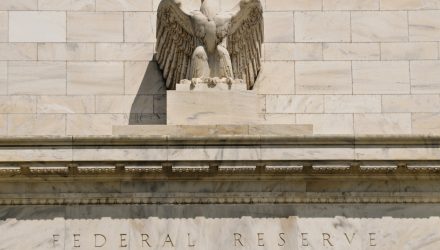 Jim Cramer: Fed Should Step In To Avoid Recession

Ian Young August 23, 2019
In the Oval Office on Tuesday afternoon, President Trump said, “I think the word recession is a word that’s inappropriate because it’s just a word that certain people, I’m going to be kind, certain people and the media are trying to build up because they would love to see a recession. We are very far from a recession.” Jim Cramer on CNBC seems to have the opposite opinion however. He says the Fed needs to step in to avoid significant economic issues.
“Can we shrug off this world wide weakness? I wouldn’t bet on it if I were the Fed. A year ago we had synchronized global growth. Now we have global slow down where the United States seems to be the rare exception. The Fed should make sure it stays that way,” Cramer explained on CNBC’s Mad Money.
Cramer expressed that the current positive economic data could look rosy right up until the minute that it doesn’t, and that tariffs are a problem for companies other than the big retailers like WATCH: Walmart, Amazon, Target, Costco, and Home Depot, or some of the retail companies that are most key for the economy.
“Sure we have the lowest jobless rate since 1969, but you know what, I’m old enough to remember that we had a recession in 1969. The problem with the labor market is that it will look good right up until the moment it gets very very bad. What about Watch though? Doesn’t Watch represent the country spend? . While these big retailers are doing great, they’re crushing their less agile competitors. They’re can’t for the technology. They can’t eat the tariffs that these guys did. There could be a lot of layoffs coming from the the ailing department stores and from smaller less capitalized businesses who can’t handle the tariffs from Chinese goods. And you know what they do? They have to close their doors,” Cramer explained.
Boeing, which has had it’s own shares of problems with the 737 Max Aircraft, could drag down the economy as well says Cramer.
“Then there’s Boeing, A company that’s large enough to affect our gross domestic product all by itself. If the 737 max assembly line gets shut down because of these accidents, that could shave half a percentage point off our GDP according to work I’ve done,” he added.
If the markets are poised for a rocky ride ahead, traders can take advantage of market oscillations with leveraged S&P 500 ETFs, such as the Direxion Daily S&P 500 Bull 2X ETF (NYSEArca: SPUU), Direxion Daily S&P500 Bull 3X ETF (NYSEArca: SPXL) for gains and the Direxion Daily S&P 500 Bear 1X ETF (NYSEArca: SPDN) for declines.
For more market trends, visit ETF Trends.