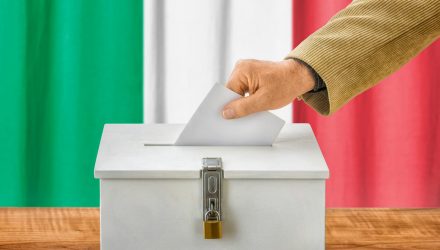 Providing relief to the political risk that gripped Italy, Stefano Bonaccini, the Democratic incumbent president of Emilia-Romagna, was re-elected with 51% of the vote, compared to the League’s candidate, Lucia Borgonzoni, who garnered 44% of the tally, the Wall Street Journal reported.

“Emilia-Romagna has sent a signal,” Democratic Party leader Nicola Zingaretti said. “Salvini knows how to talk about problems, but he doesn’t know how to sort them out, and the people have responded.”

Market observers were worried about the potential uncertainties that would follow a win from Salvini’s right-leaning party, which favors nationalism and anti-immigration characteristics, as mainstream left-of-center parties struggle to hold onto their traditional working-class voters.

Nevertheless, those like Salvini remain Italy’s rising political figures, with opinion polls hinting that the League would win national elections if held soon.

The vote was especially important this time around because Emilia-Romagna has been a traditionally left-leaning stronghold. If the election results revealed a shift to the right, it would have reflected a major change in Italy’s political geography and a clear sign of growing right-wing populism.

The potential fallout could have even sent the national government into crisis and even triggered a collapse of the coalition government, The Local reports.

“However, the likely thin margin of the center-left win in this traditionally leftist stronghold shows once again that … [the]coalition government rests on rather shaky foundations,” Political analyst Wolfango Piccoli, according to Fox News.