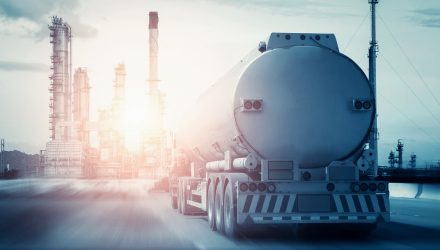 Is On-Demand Gasoline Delivery the Future?

Despite oil prices rising by over 15% in 2017, with a push to move electric vehicles into the fore, we set a record for gasoline demand, at time when we were supposed to be moving away from it.

Over the last couple of years oil has been trading in roughly the same region, at about $50-60 a barrel, and in 2018, for example, about 142.86 billion gallons (or about 3.40 billion barrels1) of finished motor gasoline were consumed in the United States, an average of about 391.40 million gallons (or 9.32 million barrels) per day.

With consumers still focused on powering vehicles through gasoline, it makes sense that companies would develop a more expeditious way to offer customers the goods they desire. One such company is Booster. The San Mateo, California-based company took the fuel delivery service market by storm, entering the market in 2015 from its former headquarters in San Francisco and eventually scaling to carry gas to fleets and to individual consumer clients in northern and southern California and the Dallas-Fort Worth region in Texas. The startup sends roving refueling trucks to company parking lots to pump gas on-demand for fleets and employees, who are offered the service as a company perk.

According to their site Booster says, “We believe the fuel that moves you and your business should be effortless and guilt free. At Booster, we bring fuel directly to you for the same price as a gas station. We do this because it’s better for you, your city, and the planet. (And, because one day we got stuck in the rain waiting in line for gas in Seattle and thought, there’s gotta be a better way).”

Recently Booster announced $56 million in Series C funding, led by Invus, which includes investors Vulcan Capital and Enterprise Rent-A-Car, who also uses Booster for its fleet. With participation from an additional six funds including past investors Maveron and Conversion Capital, the total capital raised to date is now $88 million.

Following the Booster lead, analogous services have arisen such as the development of Neighborhood Fuel, Miami’s local-only roving gas trucks for consumers and particularly for recognizable fleets in 2015, GM- and Exxon/Mobil-backed subscription-based gas, wash, and basic maintenance scheduler Yoshi in 2016, and eco-focused Slick’s steam-clean detail and maintenance in 2017.

While many of these companies are presently in their startup and developmental phases, investors looking to participate in gasoline-centric ETFs might look at the VanEck Vectors Oil Refiners ETF (CRAK) or the PowerShares Dynamic Energy Exploration & Production Portfolio ETF (PXE).