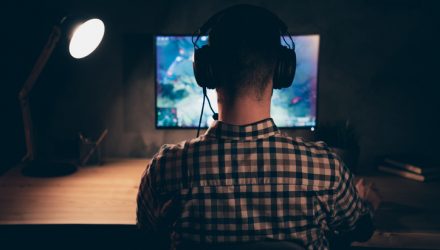 Happy birthday to VanEck Vectors Video Gaming and eSports ETF (ESPO)! Over the past year, we have watched the continued rise of video gaming and esports, and learned more about what’s shaping the industry and what’s to come. Here are five key points that we believe are crucial to helping investors understand this growing industry.

1. Video gaming revenues are bigger than what many investors may expect.

Did you know that the video gaming industry as a whole is expected to generate over $150 billion in global revenues in 2019?1 According to Bloomberg, that is more than what the robotics industry ($89 billion) and the cybersecurity industry ($99 billion) generated in 2018. 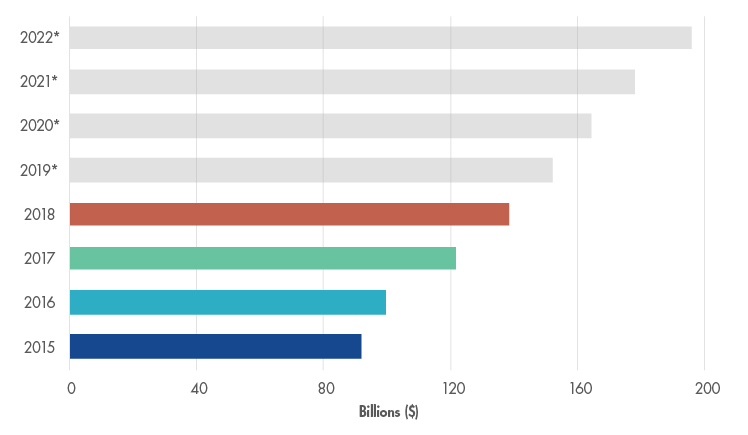 Video game publishers, with the help of technological innovation, are continuing to push the envelope to find new ways to generate revenues. Twenty years ago, the thought of playing video games against friends around the world through a handheld device was fantasy. Today, mobile gaming represents 36% of global video gaming revenues.3

The rise of the “game as service” model is also helping to boost the bottom line of many video game companies. Instead of paying a one-time, upfront cost, many of the most popular games are free to play, with smaller in-game fees for ongoing services like subscriptions and skins for players to personalize their game. These serve to extend the purchasing cycle of a game. 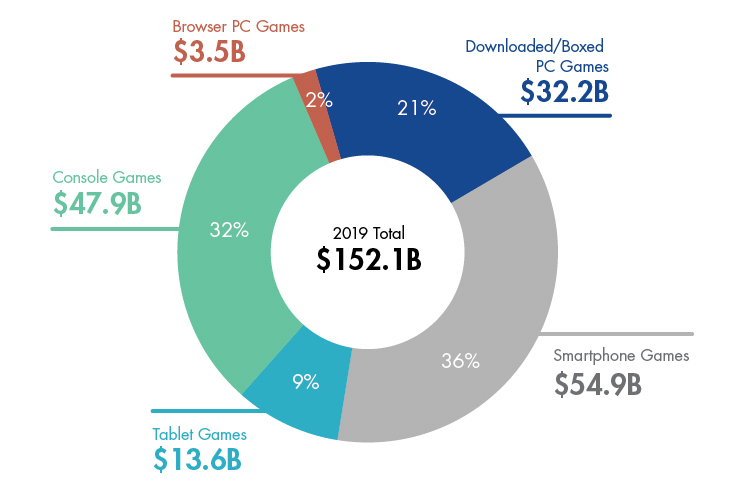 We expect to see further diversification into new areas of potential revenue, including cloud gaming and virtual reality, as publishers and developers continue to explore what is technologically possible. Video games are deeply rooted in scientific, technological progress and research. The first video game created solely for entertainment was invented at a nuclear research facility in New York as part of an open house exhibition for visiting scientists, and that tradition of innovation continues today.

3. Esports and video game streaming are here to stay.

Esports have become a bona fide cultural phenomenon, fueled by public and private investments as well as the proliferation of social media communities centered on specific games and online streaming personalities.

The number of people watching esports and online game streaming around the world is staggering. In 2019, roughly 454 million people are expected to tune in to watch others play video games competitively.4  Nielsen Media Research has developed a new metric for esports viewership numbers—which has been a contested data point within the investment and esports communities—and this new rating is designed to provide an apples-to-apples framework for comparing esports and traditional television events. This is a crucial development for the young industry, helping it gain further legitimacy and earn the trust of potential and current advertising partners.

Competitive video gaming is only a piece of the puzzle. Online social media communities built around gamers and streamers are connecting millions of people around the world. These are active, highly engaged communities where gaming enthusiasts are not only playing games, but also becoming content creators themselves. Online streaming personalities like Ninja and Dr. Disrespect, while not technically esports competitors, have built huge online followings and can reportedly command seven-figure paydays to play new video games (like Apex Legends) on their streams.

With all the attention on video gaming and esports right now, potential investors may be trying to figure out how to get involved. The opportunity set can be broken down into two broad categories: public and private.

The media narrative tends to be driven by private investments, such as high profile coverage of teams securing multi-million dollar sponsorship deals. These investments are not accessible to the majority of people who are reading the articles and are generally less liquid, less diversified and require more capital to participate. Publicly traded stocks are usually more liquid, with a much lower dollar threshold to participate. Additionally, publicly traded companies are historically more diversified because the individual companies tend to have multiple business lines supporting a much larger total market cap.

At VanEck, we are focusing on providing investors access to the publicly-traded companies that are participating in the video gaming and esports industry. We believe video game publishers and related hardware makers are set to benefit the most going forward, in part because video game publishers have been growing their revenues and diversifying successfully, as noted above.

Another factor is that video game publishers have positioned themselves to take over a majority of esports revenues. Esports leagues were originally third-party organizations, unaffiliated with the publishers of the games played in competition. Recently, publishers have launched their own leagues. By developing and owning esports leagues, publishers can maximize their sources of revenues, which may include media rights (TV and internet distributions), franchise fees and league sponsorships.

Hardware makers (such as semiconductor companies) are also set to capitalize on growth in the industry. Advances in semiconductor technology fuel innovation in the video game industry, and certain semiconductor companies generate a majority of their revenues by creating hardware that drives the video gaming experience. When announcing its cloud gaming platform Google Stadia, Google explicitly stated that Advanced Micro Devices (AMD) will be creating custom GPUs that would define the end-user experience.

Investing in Video Gaming and Esports

Predicting which games will become hits is difficult. A diversified basket of stocks may allow investors to express a view on the sector without having to know which specific stock will outperform over the future. The index methodology that guides VanEck Vectors® Video Gaming and eSports ETF (ESPO) provides exposure to companies in the video gaming and esports industries.

Currently, the MVIS® Global Video Gaming and eSports Index is heavily tilted towards video game publishers (including the publicly traded companies that operate the largest esports leagues) and semiconductor companies. As the esports industry matures, smaller esports names, such as streamers like HUYA and Modern Times Group, may grow to become a meaningful part of the Index. In the interim, the index captures the esports phenomenon as part of the broader evolution of video gaming, creating awareness of the industry’s potential to reshape how people spend their time and entertainment dollars.

To learn more about ESPO and the high growth potential of the global video gaming and esports industry, visit vaneck.com/esports/.