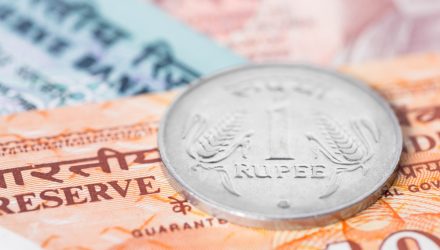 The MSCI India Index is down just 6% year-to-date — far better than the 20.12% shed by the MSCI Emerging Markets Index.

That could be a sign that if emerging markets stocks perk up next year, Indian equities will be leaders, potentially prompting investors to evaluate India-specific exchange traded funds such as the VanEck India Growth Leaders ETF (GLIN).

India, which is Asia’s third-largest economy behind China and Japan, is in an enviable position heading into 2023. Yes, inflation there is higher than the Reserve Bank of India (RBI) would like, prompting interest rate hikes, but the economy is growing. That’s a sign that the RBI has latitude to continue pursuing inflation-reduction efforts. That’s not the case in some other major global economies.

“India’s resilient economic growth—despite global weakness—gives India’s central bank leeway to tackle inflation without worrying about a steep slowdown, particularly with Brent oil down about $40 a barrel from its midsummer highs. India’s September quarter growth came in at 6.3%, significantly lower than the previous quarter’s but much better than developed markets and many emerging markets. The RBI expects India to grow 6.8% in the current fiscal year ending in March,” reported Megha Mandavia for The Wall Street Journal.

GLIN, which follows the MarketGrader India All-Cap Growth Leaders Index, is unique among India ETFs. Many of the traditional cap-weighted options in this category aren’t adequately allocated to growth avenues in the Indian economy. For its part, GLIN allocates almost 24% of its weight to technology, communication services, and consumer cyclical equities.

GLIN’s consumer exposure is important because India has long been working to drive more domestic consumption, and some estimates indicate that effort is paying off.

“The World Bank this week revised its growth forecast for India up to 6.9% from 6.5% for the current fiscal year. It expects India to perform better than many other emerging markets, helped by strong domestic consumption,” according to the Journal.

GLIN could be relevant in 2023 for another reason: China’s reopening, or lack thereof. Beijing has an established tendency to tease global investors with loosening of COVID-19 restrictions only to walk back that chatter and, in some cases, employ more heavy-handed tactics. If that trend continues in 2023, market participants could turn to a freer growing economy in India.

“But if China’s reopening proves tepid rather than torrential and the West remains mired in slow growth, South Asia’s emerging powerhouse could continue to deliver for stock investors,” concluded the Journal.