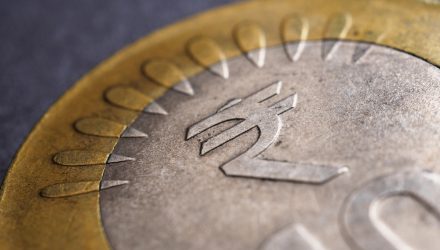 With less than two months left in 2022, it’s accurate to say this will be another forgettable year for emerging markets equities. The proof is in the pudding, as the widely observed MSCI Emerging Markets Index is down about 29% year-to-date. However, stocks in some developing economies are performing significantly less poorly. India, which is Asia’s third-largest economy, is a fine place to start for investors looking for potential sources of leadership when emerging markets equities rebound.

The MSCI India Index is lower by just 9% this year. Enter the VanEck Digital India ETF (DGIN). One of the newest members of the India exchange traded funds fray, DGIN launched in February and follows the MVIS Digital India Index.

The rookie ETF’s focus on the accelerating embrace of consumer internet in India and the rapid digitization of that mammoth economy make it a relevant consideration today for tactical investors. DGIN could also be supported by expectations that the Asia-Pacific region is the only one in the world that will see real wage growth in 2023.

Globally, just a third of countries are expected to experience real income growth next year — a data point that underscores the grip that inflation is having on the international economy, but one that also highlights the potential allure associated with Indian equities.

“According to the annual Salary Trends Report by data company ECA International, the average real salary increase — which is nominal wage growth minus the rate of inflation — is predicted to increase by 1.3% in Asia-Pacific,” reported Goh Chiew Tong for CNBC.

Obviously, Asia-Pacific is a massive region, but DGIN is a relevant play for capitalizing on income growth there because India is forecast to lead that charge.

“In Asia-Pacific, India will see the biggest increase of real wages at 4.6%, followed by Vietnam at 4%, and China at 3.8% growth,” according to CNBC.

DGIN holds 35 stocks, and over 81% hail from the technology and communications services sectors, confirming the ETF is one of the premier avenues in this category for investors looking to tap into the next wave of growth in the Indian economy.

“Although inflation rates have grown in India in 2022 in comparison to 2021, salaries will increase at a faster rate in nominal terms,” said Lee Quane, ECA International’s regional director, in an interview with CNBC.