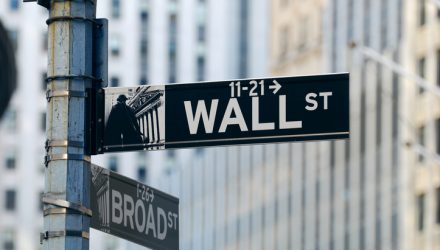 Green Bonds Are Getting Hot on Wall Street

The VanEck Vectors Green Bond ETF (NYSEArca: GRNB), the first fixed income ETF offering exposure to green bonds, has been a solid performer this year, gaining nearly 4% while currently yielding around 1.3%. Those are modest, but decent numbers, but the appetite for green bonds is increasing and that could bode well for GRNB going forward.

Green bonds are debt securities issued to finance projects that promote climate change mitigation or adaptation or other environmental sustainability purposes. The new breed of green bonds gained momentum in global market ever since the European Investment Bank issued the first green bond in 2007.

GRNB tracks the S&P Green Bond Select Index, which is “comprised of labeled green bonds that are issued to finance environmentally friendly projects, and includes bonds issued by the supranational, government, and corporate issuers globally in multiple currencies,” according to VanEck.

“As banks grapple with a slowdown in traditional engines of growth such as lending and trading, they’re seeking to capitalize on a boom in green finance,” reports Bloomberg. “Global green-bond sales have already beaten last year’s record $135 billion well before the end of 2019. Issuance of the securities has more than quadrupled in the past five years, according to data compiled by Bloomberg.”

GRNB holds 112 bonds with an effective duration of 4.57 years. In addition to companies, governments are major issues of green bonds, giving GRNB high credit quality and explaining its low yield. About 54% of the fund’s holdings are rated AAA, AA or A.

“The sales boom is being driven by corporations and governments raising funds to invest in initiatives to help them meet commitments to cut fossil fuel use, embracing principles of The Paris Agreement on climate change,” according to Bloomberg.

Related: The Original Green Bond ETF Gets a Lower Fee

About 13.5% of GRNB’s holdings are sovereign issues, but corporates are increasingly important part of the green bond market.

“But corporations are catching up. Companies now dominate overall issuance, even if the individual transactions are smaller in size than sovereign deals. Sovereign borrowers’ share of the new bond volumes has shrunk to 29% this year. Five years ago, they accounted for more than half the market,” according to Bloomberg.