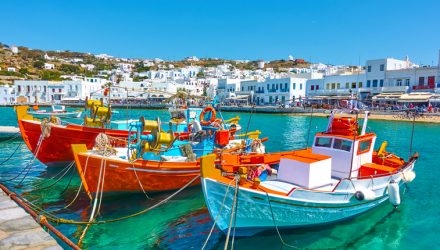 Greek markets strengthened after Finance Minister Christos Staikouras told the Financial times that the center-right New Democracy government is planning “a comprehensive tax reform that will have a four-year horizon and will accelerate growth”.

The country is trying to bolster growth and rebuild credibility with investors following a decade of international bailouts backed by the European Union and International Monetary Fund.

“The fundamental objective is to achieve sustainable high growth rates so as to gradually restore the country’s lost wealth,” Staikouras told the Financial Times.

The New Democracy party, led by Kyriakos Mitsotakis, took over from the leftwing Syriza party of former prime minister Alexis Tsipras at a snap election last month after promising on the campaign trail to cut taxes, digitize the economy and create new jobs.

“We are taking ownership of the reform agenda . . . we will implement structural reforms in a front-loaded manner,” Staikouras added. “We’ve agreed [with the EU]to accelerate privatizations because we believe they can contribute to sustainable growth rates when . . . they’re carried out under conditions of absolute transparency and also include a social return.”