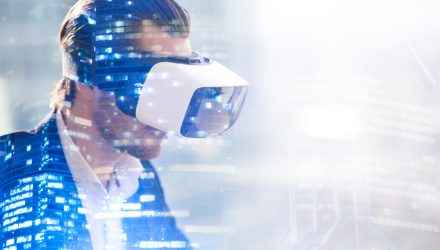 FAQs: How Video Game Companies Are Leveling Up

Shelter-in-place orders amid the COVID-19 pandemic have helped push video gaming and esports into the mainstream spotlight, potentially accelerating a trend that we have already seen in motion in recent years. Nielsen Esports Managing Director Nicole Pike recently joined VanEck Head of ETF Product Ed Lopez and Product Manager John Patrick Lee for a webinar, Video Gaming and Esports: Ready for Its Moment, to explore this and the monetization of the popularity of esports. Slides from the presentation are available here. In the following Q&A, we address several of the questions asked by webinar attendees about video gaming and esports growth trends and how investors may gain exposure to this opportunity.

Were there any adverse effects of COVID-19 on video gaming and esports, or were there only positive effects?

As widely reported here and in the media, video game stocks have weathered the storm and outperformed the broad market thus far in 2020.

Video game engagement has broken records across a variety of metrics since the virus shutdown began. Esports recently set a world record for live TV audience with the eNASCAR races that were held in place of regular, live races. However, some esports leagues and tournaments have been put on hold. For instance, the League of Legends Mid-Season Invitational was cancelled due to travel restrictions put in place around the world.

The growth of the video games industry benefits game publishers, but who and what kind of business model benefits from esports?

We believe that video game publishers will benefit the most from the esports phenomenon, though keep in mind that esports revenues are still much smaller than video game industry revenues.

Video game publishers are uniquely positioned to benefit for a number of reasons:

Besides video game publishers, what other types of companies may benefit from the growth of the video game industry?

The MVIS Global Video Gaming and eSports Index employs a pure-play rule, which means that a company must generate more than 50% of its revenues to be initially eligible for index inclusion. Starting with that framework, here are some different companies which are involved in the industry:

What is your time horizon outlook on media rights being a meaningful revenue growth driver?

We believe the time horizon for media rights driving growth is short- to intermediate-term. Something to consider is how few data points there have been and how many are publicly reported. One of the most widely reported media rights deals was Twitch in 2018 buying the exclusive rights to broadcast the newly formed Overwatch League for two years for $90 million dollars2. Since then, Chinese-streaming website Bilibili bought the exclusive rights to stream the League of Legends Worlds event for $113 million for three years3.

The terms of some media rights deals are kept private, and less public information is available on broadcast TV deals. For example, in 2018 the Overwatch League also sold media rights to ABC for TV broadcasts in the U.S., but the financial terms of that deal were not disclosed. The vast majority of esports engagement occurs online, so it makes sense for the league to publicize their big deals (i.e., Twitch), and downplay the smaller ones (i.e., broadcast TV).

Single-game risk is an issue that all publishers are very aware of and work to avoid. One of the main ways that publishers can avoid single-game risk is by diversifying their game lineup across different intellectual properties (IP) and channels. Activision and Tencent are both great examples of companies that have successfully achieved this broad diversification of products. Both companies have a diverse lineup of games that are reaching consumers across a number of different channels (i.e., PC, console, mobile). If a company is overly dependent on a single franchise, news of a game’s delay or cancellation can negatively affect a company’s stock price. Each publisher has a different lineup of games and franchises, and single-game risk affects each differently dependent upon that company’s lineup.

Are there any concerns about the market being flooded with too many game options?

We believe that the video game market is not a “zero-sum game.” Consumers’ video gaming interests span a huge spectrum, and different types of games may appeal to a wide variety of consumers. New game releases have become widely followed cultural events, especially on social media and streaming websites. Additionally, new types of games are being invented constantly. The massively popular “battle-royale” style, which Fortnite helped to popularize, is a relatively recent innovation in online gaming. And because publishers want to capitalize on what’s driving engagement, many new games are being released with a battle royale mode. For example, Call of Duty is a franchise that previously avoided releasing this kind of game as a stand-alone product, but the recently released Call of Duty: Warzone is a battle royale game that has generated positive consumer engagement since its March release.

Additionally, consider that games are being released across multiple platforms like PC, console and mobile. As mentioned above, publishers are doing their best to diversify across franchises, types of games and platforms. A single publisher can have different smash hits across a range of categories, from casual mobile gamers to console gamers to hardcore PC gamers.

What is the future of physical consoles? Is the next generation of console releases still scheduled for 2020?

The next generation of consoles is still expected for the end of 2020, with both Microsoft and Sony releasing new versions of their respective consoles (Xbox and PlayStation). Some analysts believe that physical consoles will be replaced by cloud gaming platforms in the near future. Cloud gaming is a platform by which the heavy computational lifting is performed on the cloud, meaning that the consumer does not have to purchase an expensive console or PC to be able to play games with friends. Google, Microsoft, Sony and Nvidia all currently provide some type of cloud gaming service in some form. Console gaming and cloud gaming are thought to be targeting the same type of casual gamer, someone who plays games occasionally and would not be considered a “hardcore” gamer.

We believe that the upcoming 2020 next-generation of consoles will still hold a significant market-share advantage over cloud gaming. We expect to see robust sales for consoles for at least the first few years of the next-gen console cycle, until cloud gaming addresses some of the pain points that currently exist—namely, latency issues and game availability.

Investing in Video Gaming and Esports

Determining which games will become hits is difficult, and investors may wish to invest in a diversified basket of video gaming and esports stocks. Such an approach may allow investors to express a view on the sector without having to know which specific stock will outperform over the future. The index methodology which guides VanEck Vectors®  Video Gaming and eSports ETF (ESPO) provides exposure to companies in the video gaming and esports industries.

Currently, the MVIS®  Global Video Gaming and eSports Index is heavily tilted towards video game publishers (including the publicly traded companies that operate the largest esports leagues) and semiconductor companies. As the esports industry matures, smaller esports names, such as streamers like HUYA and Modern Times Group, could grow to become a meaningful part of the Index. In the interim, the index captures the esports phenomenon as part of the broader evolution of video gaming, creating awareness of the industry’s potential to reshape how people spend their time and entertainment dollars.

To learn more about ESPO and the high growth potential of the global video gaming and esports industry, visit vaneck.com/esports/.

This material is for informational purposes only. The information presented does not involve the rendering of personalized investment, financial, legal, or tax advice. Certain statements contained herein may constitute projections, forecasts and other forward looking statements, which do not reflect actual results, are valid as of the date of this communication and are subject to change without notice. Information provided by third party sources are believed to be reliable and have not been independently verified for accuracy or completeness and cannot be guaranteed. The information herein represents the opinion of the author(s), but not necessarily those of VanEck.

Indices are unmanaged and are not securities in which an investment can be made. Index returns do not reflect a deduction for fees & expenses. Certain indices may take into account withholding taxes.

An investment in the Fund may be subject to risks which include, among others, investing in the video gaming and esports companies, software, internet software & services and semiconductor industries, equity securities, communication services and information technology sectors, small- and medium-capitalization companies, issuer-specific changes, special risk considerations of investing in Asian, Japanese and emerging markets issuers, foreign securities, foreign currency, depositary receipts, market, operational, cash transactions, index tracking, authorized participant concentration, no guarantee of active trading market, trading issues, passive management, fund shares trading, premium/discount risk and liquidity of fund shares, non-diversified, and concentration risks, all of which may adversely affect the Fund. Foreign investments are subject to risks, which include changes in economic and political conditions, foreign currency fluctuations, changes in foreign regulations, and changes in currency exchange rates which may negatively impact the Fund’s returns. Small- and medium-capitalization companies may be subject to elevated risks.