You are at:Home»Beyond Basic Beta Channel»ETFs Have One Of Best Years On Record 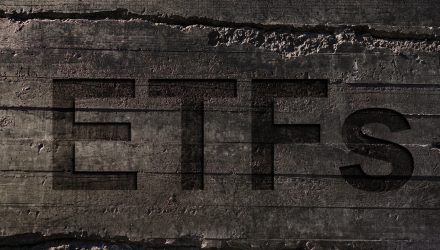 ETFs Have One Of Best Years On Record

While stocks have soared to fresh, all-time highs this year, making this the “most hated bull market in history,” ETFs have had an incredible 2019 as well.

Inflows into exchange-traded funds are set to establish their second-best year on record, with ETFs collectively gathering $270.5 billion so far in 2019, bringing their total assets under management to nearly $4.3 trillion by the end of November, according to data compiled by ETF.com.

Amidst this massive accumulation of inflows, several new themes have also been generated. The ETF space is a forum that reflects growing trends in the broader market, including a reinvigorated focus on ESG, or environmental, with ETFs like the PowerShares WilderHill Clean Energy Portfolio (PBW), social and governance factors, on the semiconductor stocks, which have put the VanEck Vectors Semiconductor ETF (SMH) in the news multiple times, and have served as unofficial barometers for the U.S.-China trade dispute, and on the yet-unconfirmed but widely anticipated bitcoin ETF.

Dave Nadig, managing director of ETF.com, felt that ESG had the most meaningful impact on markets this year.

“We’ve been talking about ESG for years,” Nadig said Thursday on CNBC. “This year, we finally saw some breakout flows.”

In particular, Nadig referenced the iShares ESG MSCI USA Leaders ETF (SUSL), which reached a new 52-week high Friday. The fund holds shares of 312 large- and mid-cap companies that rank well across 37 key ESG-related issues such as carbon emission management, and include stocks of Microsoft, Alphabet and Johnson & Johnson among its top holdings.

“SUSL came out of the gate in May. A lot of people have been poo-pooing the ESG concept. [SUSL] pulled in a billion-and-a-half dollars in six months. I don’t know what you call success if not that,” Nadig said. “I think that took a lot of people by surprise. I think ESG is here to stay and people will stop snickering about it.”

“You want to follow what institutions are doing. If you’re a big pension fund, ESG is your mandate now. You have no choice but to be adherent, and I think these ETFs are going to continue to outperform,” Seymour said in the same “ETF Edge” interview. “We’ve all heard about what’s going on in the oil and gas sector and what companies are going to have to adhere to by 2021, 2022, so, I like the call.”

Seymour believed the most important ETF this year belonged to the semiconductor sector however.

“This isn’t too novel, but I think semiconductors — so, the SMH — were so important to really getting the pulse of the market and the dynamic with the trade war,” Seymour said, adding that the group’s cyclicality could actually be “supportive right now to the global economy.”

“I actually think that this could even be a decent harbinger for 2020,” Seymour said of the SMH, which also hit a new 52-week high on Friday.

“Semiconductors — and if you think about the headwinds we were facing from trade all year — outperformed the S&P by 3100 basis points, but, more importantly, showed that this global cyclical trade was alive and well, and that [is]despite some of the biggest companies in the world being concerned about enterprise,” Seymour said.

Meanwhile, GraniteShares founder and CEO Will Rhind believes of the most volatile and newsworthy trends in the ETF space this year was a failed one at that: bitcoin, which has yet to gain SEC approval.

“If you’re talking about impactful, sometimes impactful is not always just about raw performance in the market,” Rhind said in the same “ETF Edge” interview.

“I would actually think about impactful being what ETF got the most outsized coverage in the year, and to me, that was the bitcoin ETF, the bitcoin ETF that didn’t even happen or doesn’t even exist,” he said. “We’re still waiting for that, of course.”