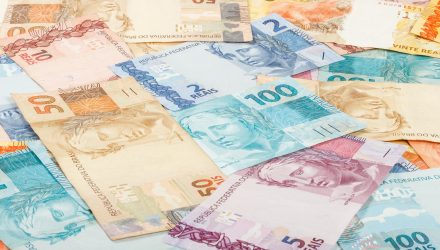 2019 thus far has been marked by strength in U.S. equities, which is translating to strength abroad as emerging markets (EM) are also gaining after a tumultuous 2018. While more investors are looking to add EM equities to their portfolios, they shouldn’t forget about EM bond exposure via exchange-traded funds (ETFs) like the VanEck Vectors Emerging Markets Local Currency Bond ETF (NYSEArca: EMLC).

Of course, a major trigger event looming whether it’s for equities or bonds, is the trade negotiations between the U.S. and China. If a permanent trade deal materializes, it could spur an increased interest in EM assets.

While the majority of investors might have been driven away by the red prices in emerging markets during much of 2018, investors are beginning to look at EM opportunities as substantial markdowns, especially if trade negotiations between the U.S. and China result into something materially positive. From a fundamental standpoint, EM assets are prime value plays as capital inflows continue.

“EM local currencies are generally very cheap,” Bill Sokol, Product Manager at VanEck, told ETF Trends. “This has been true for a few years and despite a good start to the year for the asset class, that’s still true given that EMFX hasn’t driven returns and from a valuation perspective, we think EM local currency bonds are better positioned at this point versus U.S. dollar EM bonds.”

EMLC seeks to replicate the price and yield performance of the J.P. Morgan GBI-EM Global Core Index. The index is comprised of bonds issued by emerging market governments and denominated in the local currency of the issuer.

With investors confidence returning, so is a penchant for yield–something that can also be had via emerging market bonds via EMLC. Bond markets overseas could provide more competitive yields when compares to those of the U.S. where credit risk in a late market cycle could pose a concern.

“Given the environment where we’re seeing lower rates with the Fed on pause and other central banks not hiking, investors are looking for yield again. And you can get substantial yield with EM local currency bonds,” said Sokol.

A more dovish Fed could certainly help ease the strength of a U.S. dollar that flexed its muscle in 2018. As such, a rising U.S. dollar contributed to the weakness for emerging markets in 2018, but 2019 could see retribution for the EM space.

The Fed appeared to let off the rate-hiking accelerator pedal last month by keeping rates steady–a move that was widely anticipated by the capital markets–holding its policy rate in a range between 2.25 percent and 2.5 percent. In addition, the central bank alluded to no more rate hikes for the rest of 2019 after initially forecasting two.

“The pause by the Fed should be positive for emerging markets local currency,” said Sokol.

The central bank has been trumpeting more dovish tones following the fourth and final rate hike for 2018 last December. To EM investors, that is music to their ears.

Like sports, it can also be easy to cheer for the home team when it comes to making investments. In the U.S. bond markets, this would be akin to investors keeping their capital allocated to domestic debt.

However, as the U.S. capital markets make their way out of the late cycle, it can be opportunities overseas like EMLC that can be more attractive alternatives. Certain areas overseas may be earlier in their market cycles compared to the U.S. so issues like rate risk are not yet a concern.

As opposed to emerging markets equities that primarily concentrate on China, EMLC also gives investors exposure to other corners of the bond market for diversification. This can help ease any pain should a stronger dollar continue since EMLC’s holdings are less correlated to the greenback.

If investors can muster the strength to deal with any possible market oscillations, the returns could pay handsomely.

“It’s a very different exposure, which has resulted in some periods of higher volatility, but also higher returns,” added Sokol.