You are at:Home»Beyond Basic Beta Channel»Does Bitcoin Need to Climb Higher to be ETF Ready? 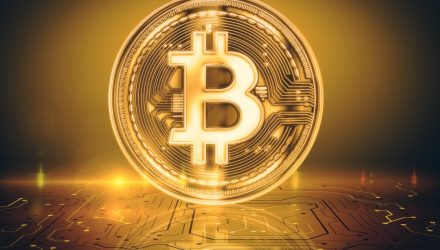 Does Bitcoin Need to Climb Higher to be ETF Ready?

Could cyrptocurrency ETFs be too small to get SEC approval? That is what one crypto expert contends about Bitcoin.

Bitcoin would need to rocket past $150,000 per coin to make an exchange-traded fund for the cryptocurrency possible, Fundstrat Global Advisors co-founder Tom Lee said, according to Bloomberg. With the notorious crypto trading at just over $8,190 right now, that would demand a roughly 1,670% increase from current levels.

“The SEC needs to punt the ETF until crypto becomes bigger,” Lee reportedly said at conference in Singapore on Friday, adding that “demand for an ETF is monstrous.”

One of the main issues with releasing a Bitcoin ETF is the regulatory issues surrounding it. Regulators are spooked by the potential for criminal activity as cryptos become a potentially more potent force in the currency world.

“Cryptocurrency either doesn’t work in which case investors lose a lot of money — or it does achieve its objectives, and displaces the U.S. dollar as the sole reserve currency in the world,” Rep. Sherman said during a recent SEC hearing. “You’re going to be making powerful burglary tools and letting your business partners commit the burglary.”

Bitcoin tumbled in October as members of Congress strove to underscore the downsides of the cryptocurrency on Capitol Hill.

The drop also occurred as Facebook CEO Mark Zuckerberg presented plans to the House Financial Services Committee regarding new cryptocurrency, Libra. Lawmakers have lambasted the project and criticized cryptocurrencies as having money laundering and terrorism potential.

Still, there are some who see the cryptocurrency as a diversification tool and in some cases a safe haven amid times of economic and political turmoil.