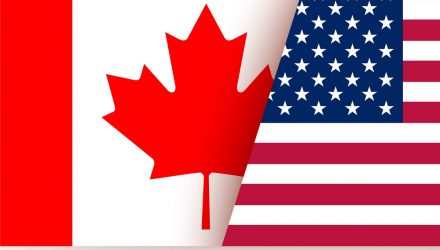 Could The NAFTA Deal be Good for Markets?

U.S. markets are recovering some overnight losses on the heels of news that the House Democrats and the White House have reached a deal to advance President Donald Trump’s renegotiated North American Free Trade Agreement after a plethora of negotiations for alterations on Democratic priorities, House Speaker Nancy Pelosi announced on Tuesday morning.

“There is no question of course that this trade agreement is much better than NAFTA,” Pelosi said at a news conference.

The pact is viewed as critical by a number of Democratic newcomers from more conservative districts, who not only support the deal on its substance but also believe a bipartisan achievement will be a boon on the campaign trail.

Rep. Kevin Brady of Texas, the top Republican on the Ways and Means committee, told CNN on Tuesday that he “strongly urged” the administration to avoid breaking up the 10-year patent protection provision.

“Clearly that was a compromise Ambassador Lighthizer reached with Democrats. I think removing it is a better option than weakening those years further,” said Brady. “At the end of the day, US protections are preserved. That’s important.”

Still, analysts are split on how much the NAFTA deal will affect markets, as some believe the more overshadowing factor is the on-again, off-again drama over the trade negotiations with China.

“I think it’s marginally a positive because the fact that there is bipartisan support for foreign trade I think really helps us kind of understand why China US trade deal is ultimately positive in the US has a better bargaining position. So I think it’s a net positive,” said Tom Lee of Fundstrat on CNBC.

The revised version of US-Mexico-Canada trade agreement would also involve monitoring provisions like the establishment of an oversight committee to monitor Mexican labor reform efforts and a set of benchmarks for Mexico to meet in establishing the reforms.

“This no longer NAFTA lite,” said Rep. Jimmy Gomez, who took part in the talks. “This is a new trade agreement that the working group and the Democrats have achieved in consultation, of course, with our partners.”

While many investors are focused on broad market ETFs like the Schwab U.S. Broad Market ETF (SCHB), with trade tensions between the U.S. and China flaring back up again, depending on the outcome of the deal, the VanEck Vectors ChinaAMC CSI 300 ETF (NYSEArca: PEK) could also see some dramatic movement.