You are at:Home»Beyond Basic Beta Channel»Coronavirus Bailouts Pertain to Some Surprising International ETFs 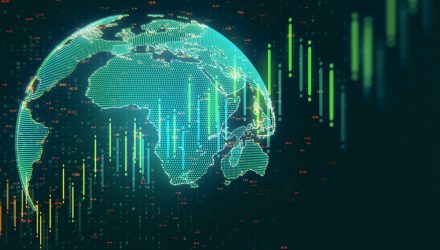 Government bailouts are all the rage in the coronavirus economic environment, but that’s not a distinctly American theme. Other countries are getting in on the act and there are implications for some ETFs.

That includes the VanEck Vectors Russia ETF (CBOE: RSX). Given Russia’s status as one of the world’s largest oil producers and the weakness in that commodity until recently, it’s not surprising that Moscow could move to support its energy producers.

“According to a document published on the website of the Russian presidency, the measures include a prescription not to sanction companies that stray outside their production quotas and a temporary lifting of penalties for state oil companies for not sticking to their 2020/2021 investment programs,” reports OilPrice.com.

Russian President Vladimir Putin is believed to be steering the bailout proposal, which is relevant to investors considering RSX because the fund allocates 39.3% of its weight to the energy sector, by far its largest sector weight.

“As part of the OPEC+ deal, Russia pledged to cut its production to 8.5 million bpd in May and June from a February 2020 baseline of some 11 million bpd, which translates into more than 2 million bpd, or by 19 percent, Russian Energy Minister Alexander Novak told Interfax in an interview last month,” according to OilPrice.com.

While a bailout would boost the near-term case for RSX, what could underpin a longer-ranging thesis for the Russia ETF is the country actually abiding output reduction promises, something it has a history of not doing, particularly when prices rise.

“However, many were skeptical the country would stick to its quota given its track record with the previous OPEC+ agreements. Yet this time the oil price crisis is serious enough to have spurred Russia’s oilfield operators into fast action, with Deputy Energy Minister Pavel Sorokin saying earlier this month that Moscow expects to achieve “the maximum reduction level as soon as practicable,” notes OilPrice.com.