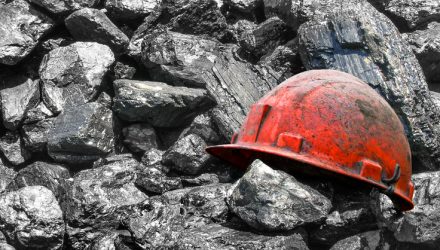 Coal Miners Trying to Find Ways to Bounce Back, Standout

Fossil fuel producers, coal miners, in particular, are contending with a rough environment and outlook, which is weighing on the VanEck Vectors Coal ETF (NYSEArca: KOL), but some producers of metallurgical coal are trying to find ways to rebound.

In recent years, domestic utilities have been reducing the use of coal in favor of cheaper, cleaner-burning natural gas. Compounding woes for the U.S. coal industry are the declining costs associated with alternative energy sources, such as solar. However, metallurgical coal, the coal used to make steel, still has some opportunities.

“While producing steel is still relatively carbon-intensive across the supply chain, producers of metallurgical coal are increasingly looking to highlight that the commodity may not be as replaceable as thermal coal, after a few years of big divestment announcements from banks, insurance companies, and asset managers,” according to S&P Global Market Intelligence.

“Metallurgical coal forms a relatively small portion of the wider coal sector in terms of volume, even in the U.S., a significant global supplier,” notes S&P Global Market Intelligence. “However, it can often fetch much larger margins than the thermal coal sold to power plants. While many companies mine significant quantities of both types of coal, such as Peabody Energy Corp., several U.S. coal producers focus on one or the other.”

Metallurgical coal producers, at least within their industry, are taking something of an environmental lead, forcing their thermal rivals to wake up.