You are at:Home»Beyond Basic Beta Channel»Can Disney Give These 3 ETFs Fairy Tale Gains? 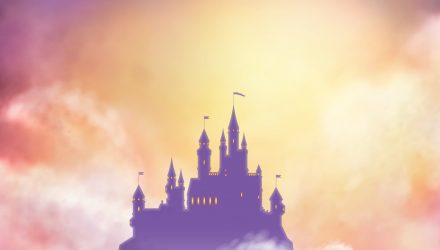 Can Disney Give These 3 ETFs Fairy Tale Gains?

Amid a wall of worry surrounding first quarter-earnings pessimism and slowing global growth, there was a Cinderella story to be had as shares of Walt Disney Corp rose over 1 percent. In addition, a pair of analyst upgrades could be the fodder to provide fairy tale gains for the exchange-traded funds (ETFs) with the heaviest weightings of Disney.

Disney stock has been shackled to a range of $100 to $120 the last four years, but it appears the company is ready to break free with its latest moves toward being a multimedia powerhouse. An $81.2 billion move at 21st Century Fox just added networks like National Geographic and FX to help bolster Disney’s current lineup of ABC, ESPN, Pixar, Marvel, and Star Wars.

“We view Disney’s catalyst path for the next year as highly attractive, and believe Thursday’s investor day will likely be a deck-clearing event for sentiment,” wrote Cowen analyst Doug Creutz.

Armed with this new cadre of networks, Disney can now focus on the streaming media game and take on the likes of Netflix. The company is looking to build its direct-to-consumer (DTC) content streaming service to take on more subscribers and hopefully scale up its revenue.

These latest steps have caught the eye of Wall Street like Creutz who upped his rating of Disney to “outperform” from “market perform.” Creutz also lifted his price target to $131 from an original forecast of $102, but remains skeptical that the horse-and-carriage Fox deal might turn into a pumpkin down the road.

“We view the deal as (a) expensive, (b) dilutive of Disney’s core competency in branded family entertainment, (c) unnecessary with regard to the goal of moving Disney’s brand to a DTC video product, and (d) heavily loaded with integration risk given the cultural differences between the two firms and size of the acquisition,” Creutz wrote. “Our view on this remains the same.”

Michael Nathanson of MoffettNathanson raised his price target as well–$134 from $132 and maintained his “buy” rating of Disney stock.

“With these revisions hopefully now behind us, investors can focus on the potential asset value that Disney will create from launching Disney+ and controlling Hulu,” Nathanson wrote in a report Tuesday morning. “In part, the sheer size of digital losses, which we forecast to be -$3.8 billion in FY19 and -$3.7 billion in FY20, should support a sum-of-the-parts valuation approach. As has been the case with Walmart (WMT), who made their own shift to embrace greater digital distribution a few years ago, we expect a re-rating of Disney’s EPS multiple to a market premium.”

Nathanson raised his price target as well–$134 from $132 and maintained his “buy” rating of Disney stock.

ETFs that could be poised to gain include the following mix of media-focused funds.

3 ETFs with the Heaviest Weighting of Walt Disney Co: