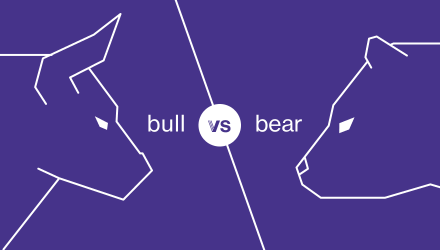 Bull vs. Bear: An Indian Century in India Equities ETFs?

Bull vs. Bear is a weekly feature where the VettaFi writers’ room takes opposite sides for a debate on controversial stocks, strategies, or market ideas — with plenty of discussion of ETF ideas to play either angle. For this edition of Bull vs. Bear, Nick Peters-Golden and James Comtois debate the investment case for and against India equities ETFs.

James Comtois: Hello there, Nick! Before we begin, I’d like to apologize. When you challenged me to duke it out over India stocks, I thought we’d be challenging each other in the ring, hence me showing up to your home dressed in sparkly boxer shorts, gloves, and my signature red cape and boots. Now that I see you’re wearing a suit and have brought out some Darjeeling tea for us to enjoy in the garden, I see my error and realize that when you said we’d “duke it out,” you meant “on the battlefield of ideas.” In hindsight, this makes a lot more sense. 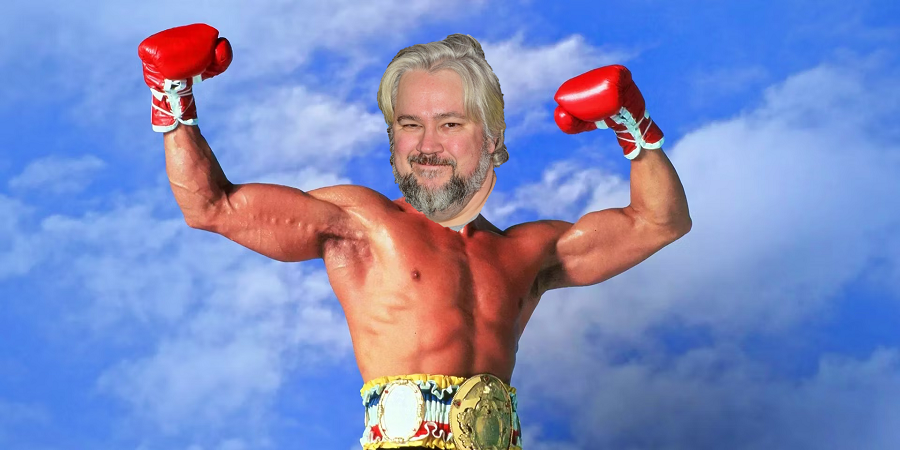 It’s okay, it’s fine. I can recalibrate. So, okay. India stocks. The thing is, while the headlines about emerging markets have been grim this year, there’s a lot to be bullish about India. Not only has the country recently overtaken the U.K. as the world’s fifth-biggest economy, but it’s also one of the world’s fastest-growing economies.

That momentum is only going to keep building. The country is projected to become the most populated nation in the world in 2023, with nearly 700 million Millennial Indians entering their peak consumption years over the next decade, which bodes well for the nation’s economy.

On top of that, the government’s “Digital India” campaign, which is pushing government and banking services online and investing in technology, is helping to make India a growing tech hub. It’s all painting a very exciting picture for investors.

Nick Peters-Golden: Hi James! No apology is necessary. (I love the gloves, by the way.)

Look, no one can debate that India will keep growing, but what’s important for investors is what return they can get from that growth via India equities ETFs, and I don’t think it’s nearly as rosy a picture as is broadly assumed.

For starters, India is a sitting duck in the face of climate change’s worst impacts. The number of working hours lost to extreme heat in India is set to increase by 15% by 2030, according to McKinsey. So if India’s infrastructure was already a question mark, investors should see this past summer’s 140° F days driving widespread power outages as an exclamation point.

Putting aside the massive human and economic toll of climate change (no easy feat, mind you), the country’s political situation should also give investors pause. Prime Minister Narendra Modi’s party has failed to deliver on landmark labor reforms, but he has delivered a right-wing, Hindu-supremacist movement that threatens to inflame divisions between the country’s Hindu majority and the 200+ million Indians who are Muslim. Modi’s alliance with the Hindutva risks the country’s stability just as it needs to move forward together.

Comtois: You’re right, Nick. We absolutely cannot ignore the genuinely serious – and potentially terrifying – issues facing the country. But while I don’t want to sound like I’m saying, “I tell you, Krypton is simply shifting its orbit,” I also don’t think these factors will overwhelm India’s growth trajectory or its investment potential.

Even after McKinsey warned about the potential of working hours lost because of climate change, its CEO Bob Sternfels followed up by saying, “India is the longer-term expertise manufacturing unit for the world,” adding that, “By 2047, India would have 20% of the world’s working inhabitants.” McKinsey is also looking to double its presence in India, so clearly, the company is optimistic about the market, despite its climate assessment.

While it’s true that PM Modi’s party has not delivered on labor reforms, you really can’t overstate the impact “Digital India” has had in boosting the country’s tech industry. India is poised to have one billion smartphone users by 2026 and is on track to be the second-largest smartphone manufacturer in the next five years. The country is also seeing a surge in tech startups planning to go public. Let’s also not forget that Apple recently announced that it would make its iPhone 14 in India, the first time the tech giant is producing its latest model in the country and a big sign that it’s looking to move production away from China. 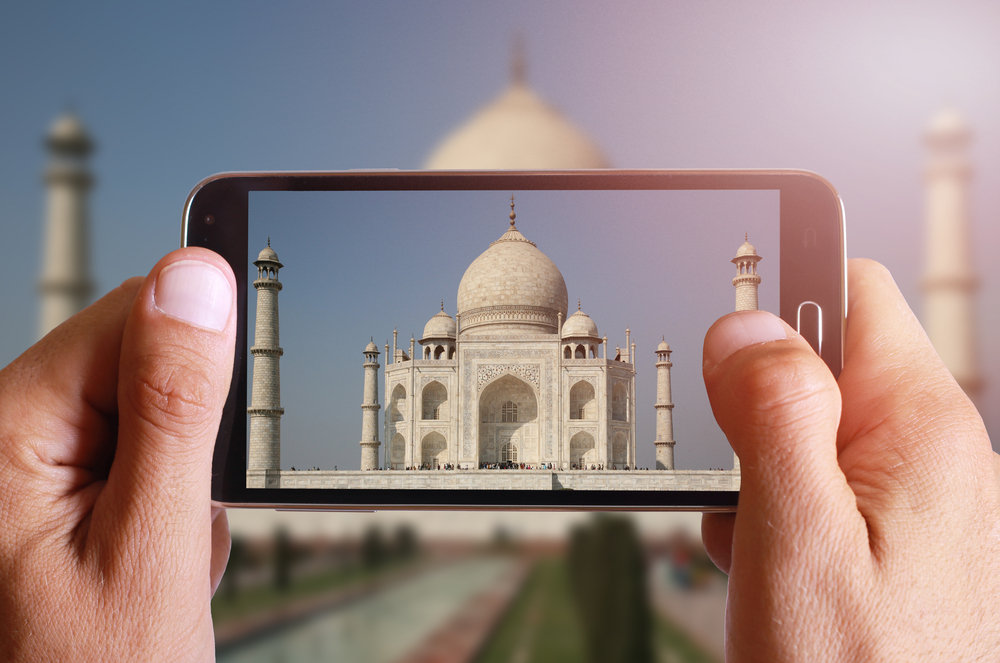 Peters-Golden: Yes, folks have smartphones, but a smartphone doesn’t turn someone into a productive worker in a tech and services economy overnight. Furthermore, the female labor participation rate has actually fallen and is lower than that of nearby, Bangladesh. So you can see why India imports far more from China than it exports, crowding out domestic industries.

Yes, India is going to grow. What’s key is how that growth is distributed among its population and industries, and how those factors are holding India back from meeting its true potential.

When we talk about India, we’re making an implicit, and often explicit, comparison to China. India is not China. Since Deng Xiaoping’s opening, millions of Chinese people have stepped out of poverty as the government plowed budgets into infrastructure and support for its manufacturing sector.

India’s economy has gone another route, with the high-tech buildout creating a situation where the nation’s growth hasn’t been fast enough to absorb workers into the workforce. Increasingly, that’s divided the nation’s rich and poor into two economies without the jobs to bridge its rural areas to its globalized, high-tech middle and upper classes.

You can see it with several IT firms in India, like Wipro Limited (WIT) and Infosys Ltd. (INFY), which are among several Indian tech firms cutting hiring due to a tight labor market for tech employees. Those are some key companies in many India ETFs, and the lack of a bridge economy between the lower and upper classes is cutting into their growth potential — and in turn, how much money Indian workers have to spend on the country’s own goods.

Indeed, this divide between the upper and lower classes has already dampened the roaring, post-pandemic growth during the Diwali holiday spending season that India bulls were calling for.

Comtois: I don’t know about that. India’s stock market is faring much better than other emerging market equities. From January to October, India’s Sensex benchmark stock index was up nearly 3%, while the broader MSCI Emerging Markets Index had plummeted more than 31%.

Peters-Golden: But there are two big stock markets in India, and most U.S.-listed India ETFs track the NIFTY, not the Sensex. According to our List of India Equities ETFs, the best-performing India-specific ETF, the First Trust India NIFTY 50 Equal Weight ETF (NFTY), rose just 0.7% year-to-date. (Now, where’s my cup of tea?)

Let’s talk more about those tech jobs and IPOs. Much like the U.S., many of the cutting-edge, growth-y tech firms that saw a lot of investor interest during the pandemic have since fizzled, with some Indian firms that had been planning IPOs in late 2022 pumping the brakes. The rupee’s continued slide isn’t helping matters, which will clobber India’s pharmaceutical companies, which export much of the world’s generic medicines supplies, and automakers like Tata Motors (TAMO.NS) that saw disappointing earnings this week.

So again, I don’t doubt that India’s going to grow. But you have to ask how durable that growth will be if it’s hampered by a misshapen economy. I don’t blame the bears piling into the ProShares Short MSCI Emerging Markets ETF (EUM). EUM has returned 29% YTD, with $18 million in new flows over the past three months.

Comtois: EUM’s performance is indeed impressive, but it’s also an inverse ETF, and not every investor wants to (or should) hold inverse ETFs for the long haul.

Since I’ve spilled enough tea (and, to be honest, feel a bit underdressed for the occasion), I’ll reiterate that since India has 1) one of the fastest-growing global economies, 2) policies in place incentivizing tech and innovation, and 3) a (relatively) healthy stock market, allocating to India stocks now, while valuations are still attractive, could really pay off in the long run. Some funds more focused on India’s tech firms include the India Internet and Ecommerce ETF (INQQ) and VanEck Digital India ETF (DGIN).

As for some individual India tech stocks worth considering, there are India’s largest IT companies Tata Consultancy Services (TCS) and Infosys (INFY), both of which could be good long-term holds. There are also well-regarded e-commerce firms like Nykaa and IndiaMart worth considering. 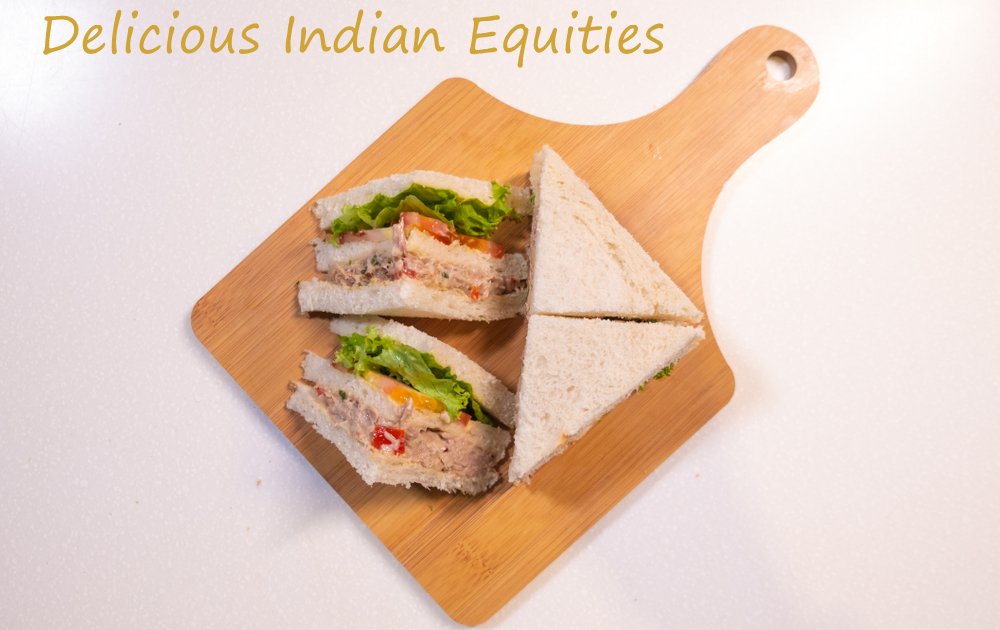 Peters-Golden: I agree that India’s tech sector has a bright future — if it can handle the brain drain. Silicon Valley remains the heart of the world’s digital innovations, as expensive and increasingly dystopian as it may be. It and many other tech hubs worldwide are competing ferociously for India’s best talents.

I will let our readers decide for themselves what kind of performance they’re looking for and what they need from their international and emerging markets allocations. Investing in India based on its headline growth potential makes sense over a long time horizon. But will that growth be steady enough in the short- to medium-term, or will it be a rocky, uneven road to success for India equities ETFs? I’m betting on the latter.

Now, let’s you and I get into some of those delicious little tea sandwiches. Thanks for your time and thoughtful input chatting about India equities ETFs, James.

Comtois: And thank you, Nick, for not only your time and insights but also for the sandwiches! (They’re on you, right? I don’t have pockets in these shorts.)