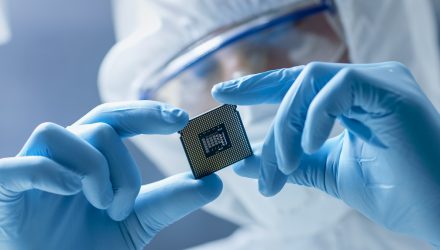 Monster Chipmaker Broadcom officially announced its acquisition of Symantec’s enterprise business after the closing bell on Thursday. Broadcom is paying $10.7 billion in cash, according to a statement.

Investors were clearly pleased with the news as Broadcom stock rallied 1% in-after-hours trading instantly following the announcement. Symantec shares were halted after market close but moved up as much as 5% when they reopened for trading after hours.

“M&A has played a central role in Broadcom’s growth strategy and this transaction represents the next logical step in our strategy following our acquisitions of Brocade and CA Technologies,” said Broadcom President and CEO Hock Tan in a statement. “Symantec’s enterprise security business is recognized as an established leader in the growing enterprise security space and has developed some of the world’s most powerful defense solutions.”

This was a crucial change from just a couple of months ago when Broadcom stated that orders had been contracting, signaling that the industry has taken a blow from both the government ban on shipments to Huawei Technologies and the general macroeconomic uncertainty, MarketWatch reports.

This is not the first attempt by Broadcom to make an acquisition in recent years. It tried and ultimately was unable to purchase companion chipmaker Qualcomm for over $100 billion when President Trump eventually stepped in and blocked the deal. Following that outcome Broadcom sought out mainframe software company CA, paying almost $19 billion. The CA deal has helped Broadcom diversify its business.

“There will be meaningful cross-selling opportunities with Brocade and CA solutions” as a result of the acquisition, Broadcom CEO Hock Tan told analysts on a conference call about the deal on Thursday.

Symantec stands to benefit greatly from the acquisition say analysts.

“There is undoubtedly good that AVGO can do here; Symantec has been plagued by turnover, accounting restatements, & execution issues, and better more focused leadership could likely do it well,” Bernstein Research analysts led by Stacy Rasgon wrote in a note distributed to clients on Thursday before the deal was announced.