You are at:Home»Tactical Allocation Channel»An Avalanche of Options Activity in a Familiar Financial ETF 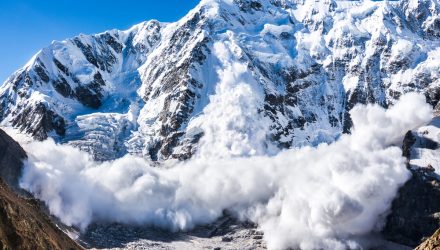 An Avalanche of Options Activity in a Familiar Financial ETF

However, XLF, the largest ETF dedicated to the S&P 500’s third-largest sector weight, surged more than 13% last Friday even as speculation intensified that the Fed could take rates to zero as soon as this week. Banks typically make their money off the difference between long-term loans and deposits

“Despite the bounce today, the ETF is heading toward its worst week in over 10 years. Since a Feb. 12 record high of $31.38, XLF has shed over 32%. And as of Wednesday, none of the 40 bank stocks in the ETF were trading above their 80-day moving average, according to data from Schaeffer’s Senior Quantitative Analyst Rocky White,” according to Schaeffer’s Investment Research.

Data suggest that amid elevated market volatility, options interest in XLF has recently been booming.

“In the options pits from a high-level view, total option open interest on XLF is just over 4.3 million, ranking in the 100th annual percentile. For comparison’s sake, put open interest is nearly double the amount of call open interest — just under 3 million to 1.4 million,” according to Schaeffer’s.

There’s some other good news for XLF. While some sectors historically struggle in election years, the opposite is true of financials. On the other hand, the financial sector led the charge during election years, showing an average return of 21.6%.

If the Federal Reserve shows its intentions to cut interest rates, which would further hurt the banking industry’s ability to generate profits from lending. However, some investors believe some of XLF’s marquee components could actually benefit from lower rates.

While mortgage banking and cheap valuations could provide some support to U.S. banks, the sector performance largely depends on executive position credit conditions, the outlook for loan growth and their ability to cut deposit costs.

Bank depends heavily on net interest income or difference between the rates charged on long-term loans and the rates paid out for short-term borrowing. However, the spread diminished as rates on long-term debt plunged toward record lows.

XLF yields 2.82%, well above what investors get on 10-year Treasuries.