You are at:Home»Featured»Synthetic CBD Affecting Is Infecting The Vape Market 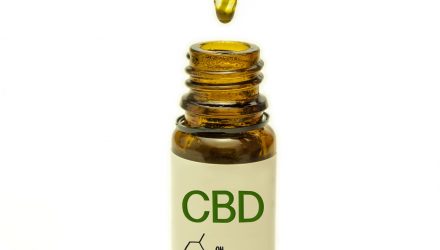 In the wake of the recent vaping illnesses that are plaguing the currently $10 billion e-cigarette industry, a recent investigation is now showing that a form of illegal synthetic marijuana has been used in vape products and marketed as CBD, causing serious harm.

Jay Jenkins, a young man who was attending The Citadel, a South Carolina military college, was recently encouraged to by his friend to vape what he believed was CBD, the suddenly popular compound extracted from the cannabis plant that marketers say can treat a range of ailments without getting users high, instead discovered the oil was spiked with a potent street drug.

Now investigators have discovered that some operators are attempting to reap gains from the CBD craze by substituting cheap and illegal synthetic marijuana for natural CBD in vapes and edibles such as gummy bears, an Associated Press investigation has found.

Six people in the U.S. have now died from a mysterious lung illness which doctors believe may be caused by vaping. The ailment has become a rising public health concern that has U.S. and state officials perplexed, the Centers for Disease Control and Prevention said Friday. Federal health officials are urging people to avoid using vaping devices amid of string of illnesses across the country.

The Associated Press commissioned laboratory testing of the vape oil Jenkins used plus 29 other vape products distributed as CBD around the country, concentrating on brands that pundits or users flagged as suspicious. Ten of the 30 contained types of synthetic marijuana, drugs commonly known as K2 or spice that have no known medical benefits, while others had no calculable amounts CBD at all.

“It’s Russian roulette,” said James Neal-Kababick, director of Flora Research Laboratories, which tested the products, referring to the likelihood of getting genuine CBD.

“People have started to see the market grow and there are some fly-by-night companies trying to make a quick buck,” said Marielle Weintraub, president of the U.S. Hemp Authority, an industry group that certifies CBD cosmetics and dietary supplements.

Investors who are concerned about the effects of vaping and tobacco in general could consider healthcare ETFs like the Fidelity MSCI Health Care ETF (FHLC) or the Vanguard Health Care ETF (VHT), while those who would like to invest in advancing tobacco and CBD technology trends could consider the Consumer Staples Select Sector SPDR Fund (XLP) or the iShares Global Consumer Staples ETF (KXI).