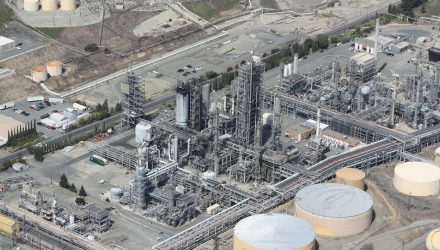 Crude oil ETFs have enjoyed a stellar year so far, with oil prices touching $80 per barrel for the first time since 2014, and rising Asian demand for raw materials could help sustain the energy market.

Asia could provide a supporting pillar for the energy market as demand among Asian economies is expected to surpass $1 trillion this year, or twice as much as in 2015 and 2016. Asia-Pacific consumers consumes over 35% of the 100 million barrels of oil the world uses per day and the percentage is only rising, Reuters reports.

Furthermore, Asia is also the world’s smallest oil-producing region, making up less than 10% of global output, which means that they are heavy net importers and will affect global prices.

China is the biggest importer of crude oil, burning through 9.6 million barrels per day in April, or almost 10% of the global total. Chinese oil imports total $768 million per day, $23 billion per month or $280 billion a year.