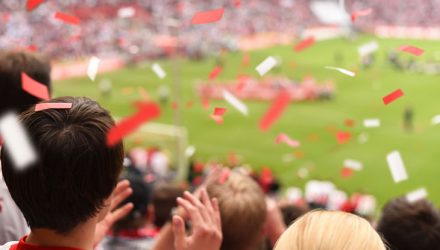 The U.S. Supreme Court busted Nevada’s monopoly on legal sports betting Monday, allowing more states to get in on the action and reap the tax benefits.

According to NBC News, “The court, in a 6-3 ruling, struck down a federal law that required states to ban gambling on the outcome of sporting events. The Professional and Amateur Sports Protection Act was highly unusual: It did not ban sports gambling nationwide as a matter of federal law, but it said the states were not allowed to permit it. (Nevada was grandfathered in when the law was passed in 1992.)”

Dozens of states across the country are prepared to move forward quickly to offer sports betting and join in on what has become a lucrative industry. In a couple of weeks, you may be able to start wagering on your favorite teams outside of your March Madness office pool…

Currently, betting on sports (other than dog and horse racing) is permitted in some form or another in only four states: Delaware, Montana, Oregon and Nevada.