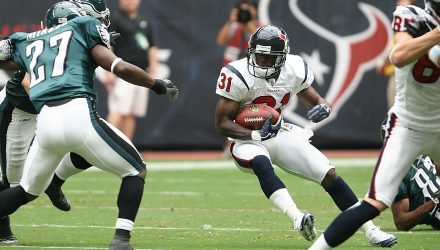 Sports fans interested in combining their hobbies with an exchange traded fund investing opportunity can look to a strategy tied to sponsorships between the core four pro sports leagues and companies that partner with them.

On the recent webcast (available on demand for CE Credit), Top ETF Gameplays for 2018, Nick Fullerton, Co-Founder and Manager of SportsETFs, pointed out that company sports sponsorships and major league sports are a huge aspect in advertising and growth of a company’s brand.

Specifically, Fullerton argued that there are four main factors that support the idea of looking at sports when investing. Professional sports sponsorship gives businesses a unique connection with millions of engaged people around the world at an emotional level; acts as an active conduit between businesses and fans; provides salespeople with tools to enhance relationships and activations; and allows companies the opportunity to drive sales and increase brand awareness through an active engagement involving traditional routes.

At SportsETFs, they specifically target official corporate partners or a so-called Sports Partnership, a commercial agreement between a company and a sports league who enter into a joint venture to promote their mutual interests. In return for a financial contribution from said company a sports organization will allow the use of its name in commercial activities. As of the end of October 2017, there were 106 Official Partners of the Core 4 US Sports Leagues.

For example, Hyundai has grown its brand and seen greater consumer demand in the U.S. after its sponsorship with the National Football League. Hyundai CMO Dean Evans remarked that in two seasons of sponsorship, the carmaker has achieved substantial awareness fans and those fans have a much higher opinion, consideration and purchase intent for Hyundai vehicles. Around 34% of NFL fans are aware of the Hyundai sponsorship with the NFL, and 67% of fans who are aware consider Hyundai for a purchase.

A sponsorship with North American major spots leagues has also been a very beneficial partnership for companies seeking to translate advertising into sales. According to a 2014 McKinsey study, executives who implement a comprehensive approach to gauge the impact of their sponsorships can increase returns by as much as 30%.