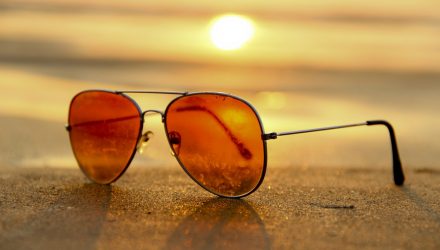 Summer Investing Blues and a Lesson for the Next-Gen

Millennials and Gen Xers fascinate me. Not just because they are the future, but also because understanding them will be critical to understanding major economic and business trends. They have the option to learn from the mistakes of us boomers, a generation who has managed to spend our own money, our parents’ money and much of our kids’ money as we leave them with more national debt than any time outside a world war. But that’s for another day.

A recent millennial story: This past weekend in Best Buy (already I reveal my age as I’m in the store) I am discussing TVs with a young saleswoman. “You know”, I say, “the thing is, my wife and I find ourselves watching mostly streaming channels like Netflix.”  “Yeh”, she says, “I haven’t watched television in 2 years”, by which I know she means that she hasn’t watched traditional, cable-fed television. I know this because I too am the father of three aged 24, 26 and 28, so I am living this in real time and none of my children are currently attached to cable. We still pay for cable, to get internet and sporting events, and are wondering why; but then we have a land line phone – soo last century!

THE POWER OF COMPOUND INTEREST

This highlights the conundrum facing both young and old savers – to take no risk at all is to risk outliving your money, given the low rate of return of risk-free alternatives once adjusted for costs of living increases. But next-gen investors have one huge advantage on boomers – the benefit of time. The next 40 years could well include both crushing bear and soaring bull markets –but 40 years has historically been enough time to smooth out returns to something approximating the long-term after-inflation return of ~6.4% (Riverfront’s long term total real return trend line). Because we are starting close to trend in the U.S. and below trend overseas, we believe the chances of trend like returns in shorter time frames such as 10 years are also high. There is no guarantee that past trends will be replicated and past performance is no guarantee of future results.

Well, a correction of some sort is underway in as far as the S&P 500 has now made a lower high and a lower low in the last 10 days. However, despite plenty of uncertainty in Washington, and President Trump’s political agenda looking increasingly shaky, the S&P 500 is only down 2.2% from its high leaving it up 8.3% year to date. The Russell 2000 index of smaller companies, which jumped after Trump’s election on the hope of tax cuts and other economic stimulus, is flat for the year and down almost 7% from its high in late July. We are not surprised by this correction, but our judgment has been that it is not ‘tradable’ (i.e. it will be hard to get out and back in profitably). We are believers in a sustainable, synchronized, low inflation period of modest global economic and earnings growth. Given the current political environment, we believe the odds of tax reform and infrastructure have diminished (we guess about 50%). This has been reflected in the lower value of the dollar, which we wrote about two weeks ago.

We also believe Next Gen investors who are saving monthly and plan to continue to do so for many years, should be rooting for a bear market, that we still think is at least a year or two away. The reason is that, in the earlier years of saving money and investing it each month, one is “putting pennies in the jar” so to speak. If we assume that stocks will still have bull and bear phases around a trend line, the lucky investor is accumulating while prices are falling and can enjoy the benefits of a bull phase with a larger savings pool. The opposite is true for the investor who is at or close to the distribution phase of their financial life. For this reason, we believe that investors who are accumulating savings and who have long time horizons (10 years +) should generally be invested in equities with the idea of remaining invested  through the ups and downs over which the investor has no control. As distribution becomes closer, risk management, budgeting and planning become increasingly important.

CHART OF THE WEEK – Assuming an investor had patience, the chart below illustrates what we are describing above. 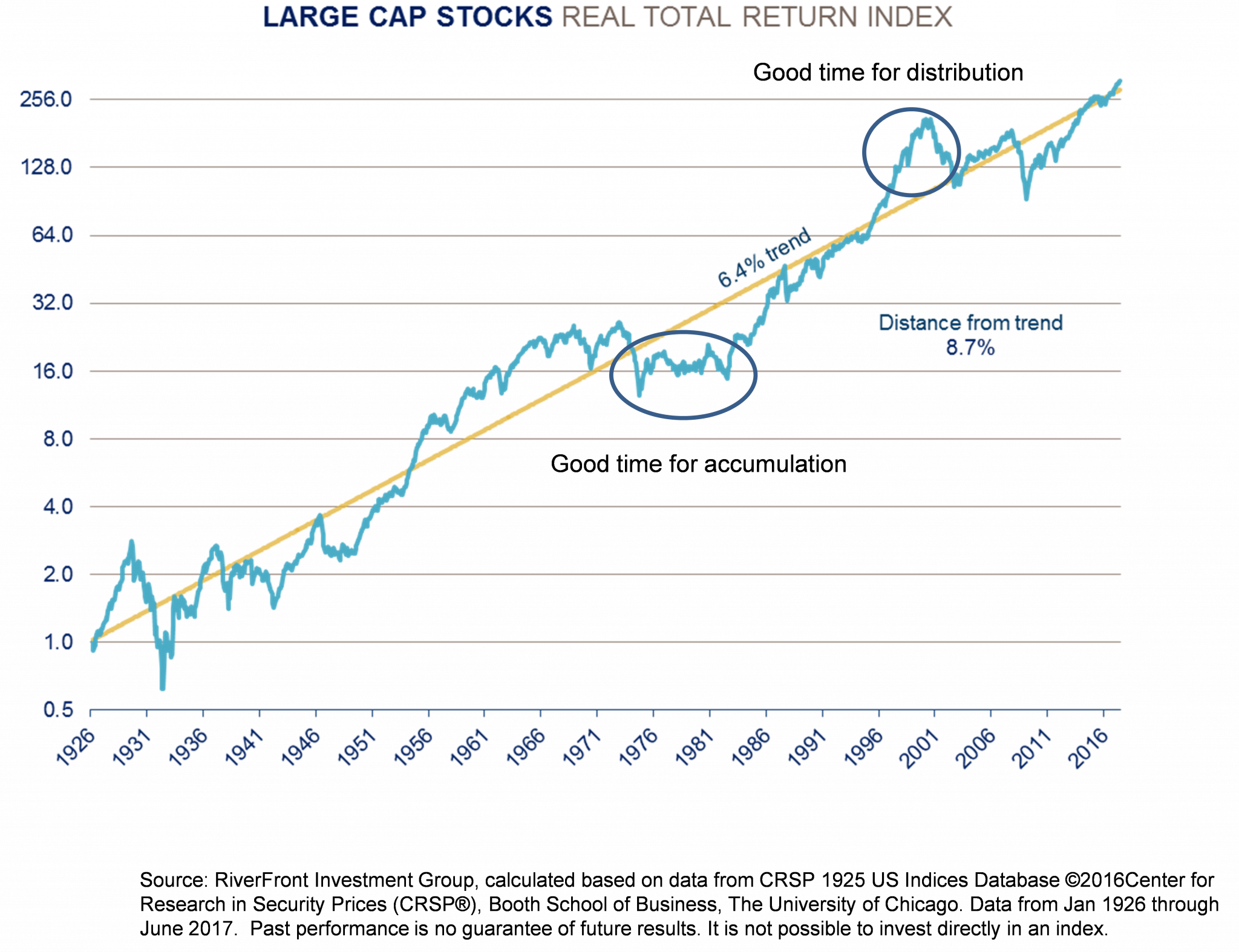 The Chart above is provided as an illustration, it is not a reflection of any RiverFront investor experience or portfolio performance.

This article was written by Chris Konstantinos, CFA, Director of International Portfolio Management, and Rod Smyth, Chief Investment Strategist at RiverFront Investment Group, a participant in the ETF Strategist Channel.