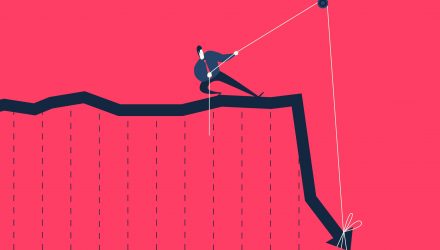 Stocks Show Losses for the Year as Coronavirus Panic Takes Over

In their worst four-day performance since December 2018, stocks are in the red once again on Tuesday, in negative territory for the year, amid fears of a global coronavirus contagion.

On Tuesday, which is often a turnaround day for stocks following significant losses, the market started off in positive territory, after making moves higher overnight. However, these gains were short-lived, and fear quickly overcame investors as markets plummeted to fresh lows.

“The second-largest economy in the world is completely shut down. People aren’t totally pricing that in,” said Larry Benedict, CEO of The Opportunistic Trader, adding a 10% to 15% correction in stocks may be starting. He also said some parts of the market, particularly large-cap tech stocks, appear to be over-owned. “It seems like there’s much more to come.”

“The market had been sanguine about the spread of the coronavirus,” said Quincy Krosby, chief market strategist at Prudential Financial. “That sanguine stance is being tested today.”

Despite positive economic data analysts are now concerned that this drop could be a real issue and admonish investors that is not a chance to buy the market at a cheaper price.

The latest declines place the Dow and S&P 500 over 6% below the record highs reached earlier this month. The Nasdaq is trading 7.5% below its all-time high from Feb. 19.

“I understand the inclination to buy on the dip. I understand that the path of least resistance in this market is to bounce up … but I stress, this is different,” Mohamed El-Erian, chief economic advisor at Allianz and former Pimco CEO, told CNBC’s “Squawk Box.”

“Companies are assessing their suppliers and their supply chains and seeing whether or not their revenue is going to slow,” Krosby said. “Because of that, this has become a sell-first, ask-questions later type of market.”

Stock ETFs continue to tracking the losses as well, with the SPDR S&P 500 ETF Trust (SPY), the SPDR Dow Jones Industrial Average ETF (DIA), and the Invesco QQQ Trust (QQQ) all at lows for the year.